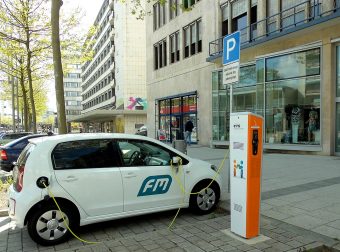 Electric cars are set to dominate the fast-expanding ultra-low emission vehicle (ULEV) market in the coming decades, with hydrogen vehicles unlikely to play a major role prior to 2050.

That is the conclusion of a new update from the UK’s Energy Technologies Institute, which also questions the widely held assumption that a major investment in new public recharging infrastructure is needed to make electric vehicles (EVs) viable.

“The ETI believes the most promising opportunity is for an increase in the use and ownership of plug-in electric vehicles (hybrids and battery operated) but new market structures will have to be introduced to enable and support the most promising solutions,” the government and industry-backed body states.

“A lot of people believe hydrogen vehicles can help deliver decarbonisation. The ETI believes that hydrogen could play a long-term role towards and beyond 2050, but it is hard to see the UK hydrogen industry being able to match the scale needed for mass market transport use before then.”

The report argues significant reforms are required to ensure EV adoption grows rapidly from its current one per cent share of the market, noting the UK will have to upgrade its power grid to support the mass roll out of battery-powered cars and take steps to ensure EVs are easily accessible for mainstream motorists.

However, the update – which forms part of the ETI’s on-going Consumers, Vehicles and Energy Integration (CVEI) investigation into how consumers use ULEVs – argues charging infrastructure should be focused on domestic and work locations.

“The vehicles and charging arrangements designed must be attractive to consumers who will need simple, unobtrusive but effective solutions,” said Liam Lidstone, ETI strategy manager for light duty vehicles in a statement. “Our analysis to date shows that home recharging followed by workplace charging are the most important locations and a 3kW charge rate – the power rating of a standard domestic socket – should be sufficient for most users’ needs. Developing a public network infrastructure for vehicle recharging is a very high risk investment and our analysis would suggest it is not needed to meet the UK’s 2050 energy and climate targets.”

However, he acknowledged some expansion in public charge points was likely to be needed. “Enterprises such as shopping centres may see commercial advantages in offering charging facilities to encourage more use of their facilities but there also needs to be investment in rapid charging points (minutes rather than hours) as a medium term option,” he said. “This is where existing motorway networks could be utilised as they occupy the locations and points in journeys where rapid charging would be of most benefit to consumers.”

Lidstone also argued that automotive firms and energy companies needed to focus on delivering EVs and charging solutions that had a mass market appeal.

“To be successful, electric vehicles need to be designed to meet the needs of ‘mainstream’ consumers not just people with an interest in this area,” he said. “A large scale uptake from the mass market will have a major impact on the country’s electricity supply and future systems have to be designed today to incorporate any such dramatic movements in demand, because of the lifetime of the assets involved.”

The ETI’s conclusions are likely to be contested by some advocates of fuel cell vehicles, who argue they represent an effective long term alternative to both EVs and fossil fuel powered vehicles.

“They provide the flexibility and convenience that consumers are used to,” he said. “It is a vector towards decarbonising transport that requires the minimum change for consumers and frankly for infrastructure as well, because you can refuel at a filling station the same as you can do today – you will spend two or three minutes doing so and you can drive as far as you can today on a tank of petrol.”