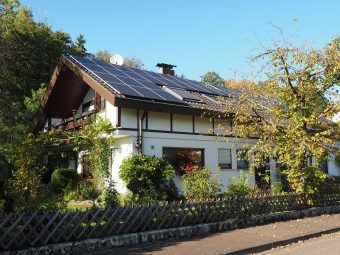 More than 200 community energy organisations are now operating enough solar, hydro and wind schemes across the UK to power 130,000 homes, a new analysis of the nascent sector has revealed.

The first ever Community Energy State of the Sector report today reveals that a total of 222 community energy organisations are operating renewable energy schemes in England, Wales and Northern Ireland boasting collective capacity of 121MW, or the equivalent to the domestic consumption of 85,500 homes.

When that capacity is combined with Scotland’s estimated community energy capacity of 67MW, it means the UK community energy sector can power 130,000 homes, or as many households as there are in Cardiff or Coventry, the report said.

Unlike for the rest of the UK, data for Scotland is collected separately by the Energy Savings Trust on behalf of the Scottish Government.

Yet in England, Wales and Northern Ireland alone, the 222 community energy organisations identifed by the report boast as many as 30,000 members and are supported by more than 1,700 volunteers.

Together they have raised £190m of investment for their schemes, the bulk of which are focued on solar projects.

Much of the finance has come from community share issues, the report shows, alongside a total of £1.9m, initial investment funding from the government.

Community Energy England chief executive Emma Bridge said the review of the sector was the most comprehensive to date. She praised the achievement of local energy organisations across the UK in benefitting communities and the environment.

However, Bridge also highlighted the challenges faced by the sector in the face of reduced government support, which she said was “seriously threatening the future viability of the sector”.

“These projects have proved that they are both innovatory and resilient in a very tough climate but the unprecedented cuts in subsidy and tax incentives present them with their biggest challenge yet,” she said.

The report argues changes to tax relief schemes such as the Enterprise Investment Scheme (EIS) and Seed Enterprise Investment (SEIS) have made it harder for community organisations to access tax breaks, while a number of projects have stalled as a result of reductions in Feed in Tariff (FITs) subsidies and the removal of the Renewables Obligation.

“There is a clear link between recent subsidy changes and an increasing number of failed or stalled community projects,” explained Bridge. “These, or similar, support mechanisms are essential in providing the community energy sector with the security and viability to progress their projects and objectives.

She added: “If government is serious about creating a new renewable energy industry to meet the nation’s power needs it has got to share this confidence, embrace the community energy sector and restore the modest support that it needs to thrive.”

However, a spokesmand for the Department for Business, Energy and Industrial Strategy (BEIS) defended the government’s record on community energy and highlighted its recent second £290m Contracts fo Difference auction for renewables projects.

“This government is committed to empowering communities and these projects, which put local people in the driving seat, are an important part of a clean, secure and affordable energy system,” BEIS said in a statement. “It’s only right that we now focus funding on new low-carbon technologies so they can develop, delivering better value for money for bill payers and a further boost to our renewables industry.”