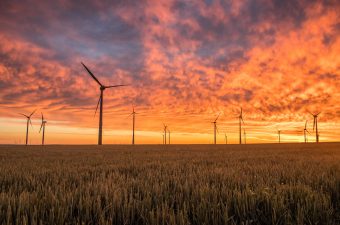 While Donald Trump makes fossil fuels great again, Denmark has declared its independence from oil, coal and gas. The small Scandinavian nation intends to reach 100 percent renewable electricity by 2035 and to be completely free of fossil fuels by 2050. The country is well on its way to achieving its climate target — renewables produced 56 percent of domestic electricity in 2015, according to the Danish Energy Agency. The largest contribution came from wind power at 41.8 percent, followed by biomass at 11 percent. Other renewable sources such as solar generated the rest.

Coal, oil and gas consumption dropped 30.4 percent, while the consumption of renewables rose by 2.7 percent in 2015. The increase in clean energy and decrease in dirty energy last year resulted in CO2 emissions falling by 6.6 percent. Denmark plans to reduce greenhouse gas emissions by 40 percent by 2020 relative to 1990 levels. The country is well on its way to achieving this climate target as well, already reducing GHG emissions by 35.8 percent since 1990.

Copenhagen is aiming to be carbon neutral by 2025. With more bikes than cars, Denmark’s capital city is well on its way to meeting that climate target as well.