Scotland recently experienced one of its windiest days of the year with gusts reaching over 180 km/h on top of the country’s highest mountains. While they were disruptive to trains, ferries and car traffic, the winds had the capacity to meet the entirety of Scotland’s electricity needs for the day, according to a report in The Guardian.

This is a milestone for the country. The Scottish government describes onshore wind as the country’s most cost-effective low-carbon energy technology.

However weather like this doesn’t happen every day. A recent analysis by the IEA on Next Generation Wind and Solar Power shows that the variable nature of these renewable resources can present serious technical problems for system operators in charge of maintaining a balance between stable electricity supply and demand.

It is a challenge that is only set to grow as governments around the world seek to meet renewable energy targets under climate action plans.

As long as the contribution of wind and solar to the electricity mix doesn’t exceed a few percentage points, their integration into the grid is simple. However, as next generation renewables are deployed, the issue of system and market integration will increasingly become a critical priority for energy policy.

The positive effects of renewables are clear: reduced fuel costs, reduced emissions of greenhouse gases, and increased energy security. However negative costs must also be taken into account, such as the higher costs of cycling conventional power plants when the wind isn’t blowing or the sun isn’t shining, or the need for more flexible grid infrastructure able to handle variability of supply.

Grid integration must be seen through the prism of declining technology costs but must also take into account the full system value of renewable energy. To ensure that the system value is positive, renewable energy must be considered within the context of the entire electricity system and implemented alongside other innovations such as renewable energy forecasting, enhanced scheduling of conventional power plants, electricity storage and more flexible generation and grid infrastructure.

A country meeting its energy demand entirely from renewable energy resources for a full day is a taste of a future zero-carbon energy system. However this is a future that cannot be realised solely through the introduction of more and more wind turbines. Smart, predictable, and long-term policies that are based on an understanding of the full system value of renewable energy technologies – and encourage their deployment appropriately – can ensure that even when the wind isn’t blowing, we are still taking steps to meeting climate targets. 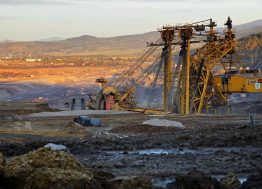