… and after long wandering through the system of institutions responsible for the field of renewable energy sources and their demanding procedures, they are ultimately forced to give up on their expensive project? 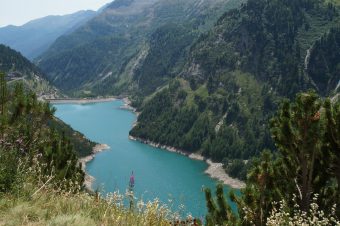 To answer this key question we will give you an example that clearly reflects the immediate experience of investors in this field.

In 2013, 120 companies obtained the locations for the construction of small hydropower plants after two public calls by the Ministry of Energy. This project, which was very ambitiously announced by the Ministry, was meant to accelerate the investment in renewable energy sources in order to meet obligations toward European Community with which we have signed the contract that obliges Serbia to have a share in renewable energy in total energy consumption of 27% by 2020.

In the next two years, the investors were deeply embroiled in the process of collecting documents (from numerous opinions, consents, studies to various permits) and they all expected that they would successfully complete the necessary procedure which should lead to the construction of several hundreds of small hydropower plants.

Huge number of investors gave up on their plans losing in average a year and ten thousand euros for preparing the project that despite the great interest, invested effort and money and also the guarantee that the owners of constructed hydropower plants would gain the status of privileged electricity producer, which meant that Elektroprivreda Srbije would buy from them the produced electricity at a preferential price.

Why did the plan for the construction of hydropower plants fail?

There are many reasons, and here are just a few of the investors’ observations on the preparatory process which should have led to the development of the general project for the construction of hydropower plant:

– Data on location are from non-updated national geodetic land measurement

– There are no accurate data on watercourse potential

– A complicated procedure for connecting to the distribution grid, as well as unexpected increase of costs when the connection point is far from the power plant

Even those investors, who have managed to pass through the administrative, technical and financial labyrinth in order to build hydropower plant, claim that two-year deadline for putting a plant into operation is very difficult to fulfill.

However, the demand for electricity is still growing

The fact is that Serbia will not be able to avoid the introduction of radical innovation in the field of promotion and utilization of renewable energy sources so as to increase the efficiency in all energy sectors, since the contract with Energy Community oblige us to do so. It is an inevitable task for the authorities to significantly encourage investments in the production of energy from renewable sources. In accordance with the adopted National Action Plan for Renewable Energy Sources by 2020, it is necessary to build new power plants of the installed power of 1,092 MW. According to the projected amount of the installed power, the share of micro hydropower plants in the total production of electricity will be 438 MW.

And what are the actual benefits of investing in the construction of power plant?

By obtaining the status of a privileged producer of electricity, the investor can sell the produced electricity to an authorized distributor at an incentive price.

If you are planning to build small hydropower plant up to 0.2 MW, as a privileged producer you can count on guaranteed privileged price of 12.6 c€/KWh, while the commercial electricity price for citizens’ consumption is on average 6.5 c€/KWh.

The current incentive prices for produced electricity in hydropower plant are shown in the table.

Source: Ministry of Mining and Energy, By-law on incentive measures

* Guaranteed conditions for the purchase price of electricity

And while the commercial purchase price is quarterly changed and it is affected by the changes in the price of all other energy sources (gas, coal, etc.), the incentive purchase price is guaranteed within 12 years from the moment of obtaining the status of the privileged producer.

Here you can take a look at the list of the companies that successfully completed the preparation for the construction of a small hydropower plant and obtained the status of the privileged producer of electricity.

Construction of a hydropower plant, as well as any other plant that uses renewable energy sources, reduces greenhouse effect – the use of hydropower does not affect the warming of the Earth – and the entire energy system is less dependent of defects or even energy import. Investing in the energy industry that relies on renewable energy sources also encourages technological innovation in this field.

When we take into account all presented facts and economic indicators that denote that the 12-year period (during which the purchase price of the produced electricity from renewable energy sources is guaranteed for the privileged producers) is quite sufficient for the return of the investment, the following question is inevitable:

How to successfully complete the necessary procedure and put your hydropower plant into operation within the set period of time?

In order to get the answer to this question, it is necessary first to give you an example of a successful project of a hydropower plant.

Radomir Milekić, graduated engineer and deputy manager of the company “Elektrovat” from Čačak, has successfully carried out the project for the construction of a small diversion hydropower plant “Beli kamen” (power up to 2MW) at the mouth of the Ribnica River in the Crni Rzav in the municipality of Čajetina.

On the basis of his own experience on this project, Milekić recommends to all investors not to neglect several important tips because in that way they will avoid mistakes that can lead to large losses and even abandoning the entire project.

These are just some of the steps that one should take and that are crucial for the successful implementation of the construction project for hydropower plant:

– Establish a separate company as the carrier of all activities for the construction of hydropower plant and appoint a project manager that will be in direct communication with designers and consultants of all professions.

– Engage an experienced designer and Project Bureau to analyze all collected documents to that moment and to check the technical solutions, as well as to make statements on their quality and usefulness

– the designer must prepare General Project Design with the Feasibility Study on the basis of actual conditions and experts’ opinions – later it is difficult to correct mistakes that are made now.

A detailed guide for investors “Construction of Plants and Electricity Generation from Hydro Power Plants up to 30MW in the Republic of Serbia” that was prepared by the Ministry of Mining and Energy and United Nations Development Program (UNDP) and you can find it here.

How to choose a good Project Bureau?

Although there are many obstacles in developing a project for a small hydropower plant, and the procedure for obtaining the status of the privileged producer of electricity is long, the right choice of Project Bureau will significantly facilitate the entire process of preparation as well as the construction of hydro power plant.

When deciding who to engage for developing of necessary professional work of developing studies, conceptual design and general plan on your behalf, it is important to make sure that the design team has sufficient experience and practical knowledge in this area.

Here you can see the list of the projects that the partners of Energy portal have implemented in this area.

If you need an advice concerning the investment in hydro power plants, you can send us an e-mail on info@energetskiportal.rs and we will do our best to get the response from our experts as soon as possible.

Ministry of Mining and Energy

Cadastre for SHPP in Serbia

Energy Agency of the Republic of Serbia

Ministry of Construction, Transport and Infrastructure

Guide to getting building permits

Provincial Secretariat of Vojvodina for Energy, Construction and Transport