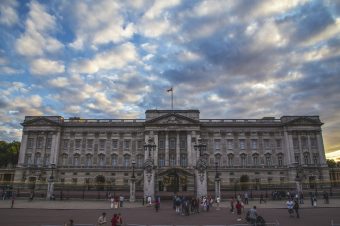 Solar panels could be fitted onto the roof of Buckingham Palace as part of a £369m renovation of the iconic building, according to a programme report for the proposed refit published last week by the Royal Trustees.

According to the report, project consultants considered various alternative sources of electricity to supplement the Palace’s mains power, with the Household ultimately deciding to include solar electric panels and an anaerobic digestion unit in its plans for the reservicing.

The solar panels would be installed on the flat areas of the roof, meaning they would not be visible from the ground or from the principal rooms in the Palace.

The panels are expected to source less than five per cent of the current building’s power demand, but its share of the power mix could increase over time as the Palace reduces its overall power consumption, the report said.

“This option will be a viable, credible and potentially valuable addition to the Palace, particularly in terms of protecting the environment,” the report said.

Likewise, the proposed anaerobic digestion unit is unlikely to supply more than five per cent of the Palace’s energy needs.

However, the proposals pointed out that anaerobic digestion units are a low capital cost solution and would reduce the carbon footprint of the Palace by around five per cent, as well as reducing the cost and environmental impact of waste removal.

Other technologies including solar thermal panels, ground source heat pumps, electrical heating, and fuel cells were identified in the report as potential ways heat and power could be delivered to the Palace, with the report adding it will consider them in the future “as technology develops”.