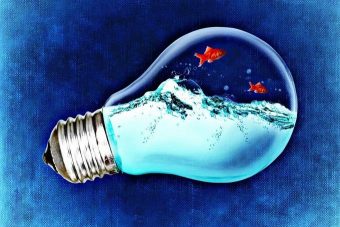 Renewable energy sources will provide 85% of global electricity production in 2050, led by solar PV and onshore wind, according to a new report published this month.

Electricity consumption will be the largest energy carrier in 2050, increasing by 140% over the next 30 years, followed by natural gas, while other energy carriers such as coal and oil will experience significant reductions, or only slight increases in consumption over the same period. Meanwhile, over the same period, renewable energy sources will rise to become the leading source of global electricity production, accounting for 85%. Solar PV will account for around a third of the world’s electricity, followed by onshore wind, hydropower, and offshore wind (in that order).

These are the key findings from the Energy Transition Outlook (ETO): Renewables, Power and Energy Use report, the first report in a new suite of Energy Transition Outlook publications by global quality assurance and risk management company, DNV GL. Unfortunately, the report also concludes that humanity will exhaust the 2°C carbon budget — the amount of CO2 that can be emitted without triggering dangerous levels of climate change — by 2041, which leads DNV GL to predict that global warming will reach 2.5°C above pre-industrial levels.

“Our report shows that the energy industry, more than any other, has the power and knowledge to manage the world’s carbon budget in a smarter way,” said Ditlev Engel, CEO at DNV GL – Energy.

“Until 2050 the electricity share of energy demand will grow from 18% to 40% yet this transformation is not happening fast enough. Speeding up the acceleration of electrifying sectors like heat and transport will be one vital measure to put the brakes on global warming. The climate challenge is not an engineering challenge, but one of governance. We call upon all stakeholders to maximise the electrification of their operations.”

Based on the modeling done for the report, DNV GL determined three key global themes across the forecast period. First among these is the prediction that final energy demand will plateau around 2030 at 430 exajoules (EJ), 7% higher than in 2015, thanks primarily to greater energy efficiency of end-users, less use of fossil fuels at relatively low thermal efficiency, and slower population and productivity growth. Specifically, the authors of the report state that, “Realizing that future growth is not guaranteed, market participants will switch from expansion-led to defensive behaviour.” In sectors that are set to slow or shrink the big players will seek to diversify their holdings, as can be seen by big-name oil and gas majors diversifying into the renewable energy field.

The second key global theme to emerge from DNV GL’s modeling was the aforementioned 140% increase in electricity consumption. Similarly, the third theme was the growth of renewables, which while monstrous in scale nevertheless fails to “introduce any insuperable new issues in order to maintain secure electricity systems.” Already the growth of renewables is being seen in European electricity grids, and the massive influx of variable renewable energy has been shown to be of no problem for system operators.

The report further concludes that there is no one single solution that can help humanity avoid dangerous levels of climate change, rather, DNV GL authors explain that “multiple achievable actions must be taken both locally and globally, involving collaboration within the energy sector and across industries”: Action 1: Greater and earlier adoption of renewables; Action 2: Greater and earlier electrification of heat and transport; Action 3: Greater improvements in energy efficiency; Action 4: Change in personal behaviour.