More than 26,000 of the world’s species are now threatened, according to the latest red list assessment of the natural world, adding to fears the planet is entering a sixth wave of extinctions. 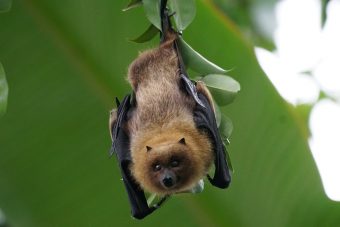 New research, particularly in Australia, has widened the scope of the annual stocktake, which is compiled by the International Union for the Conservation of Nature (IUCN), and revealed the growing range of risks to flora and fauna.

Nineteen of the species previously on the list have moved to a higher level of concern. They include the precious stream toad – Ansonia smeagol – (named after Gollum in Lord of the Rings), which is being decimated by tourist pollution in Malaysia; two types of Japanese earthworm that are threatened by habitat loss, agrochemicals, and radioactive fallout from the Fukushima nuclear disaster; and the Bartle Frere cool-skink, a slinky Australian reptile whose habitat has shrunk – as a result of global warming – to a 200-metre band at the peak of the tallest mountain in Queensland.

The threats are not limited to faraway creatures with exotic names. Scientists have warned the loss of biodiversity is more of a threat than climate change because it erodes the earth’s capacity to provide clean air, fresh water, food and a stable weather system.

Compilers of the red list said the latest toll showed the onslaught on biodiversity.

“This reinforces the theory that we are moving into a period when extinctions are taking place at a much higher pace than the natural background rate. We are endangering the life support systems of our planet and putting the future of our own species in jeopardy,” said Craig Hilton-Taylor, head of the IUCN red list unit in Cambridge. “This is our window of opportunity to act – we have the knowledge and tools on what needs to be done, but now need everyone, governments, private sector and civil society, to escalate actions to prevent the decline and loss of species.”

Part of the rise is due to the steady expansion of the IUCN red list – which is compiled with the collaboration of thousands of experts around the world. It now includes 93,577 species, of which 26,197 are classified as vulnerable, critical or endangered.

Since last year, six species have been declared extinct, taking the total to 872. Another 1,700 species are listed as critically endangered, possibly extinct.

Among the most avoidable declines was that of the Greater Mascarene flying fox, which moved from vulnerable to endangered after the government of Mauritius carried out a cull at the request of fruit farmers who argued the bats were eating their crops. The IUCN is now working with both sides to find a compromise that will allow the species to recover without hurting livelihoods.

In the Caribbean, the tiny population of Jamaican hutia – a rodent – has been fragmented by expanding settlements. This makes it harder for the small mammal to mate and raises the risk of predation by dogs and cats. This highlights how humanity and a handful of domesticated animals are decimating other species. A recent research revealed the world’s 7.6 billion people represent just 0.01% of all living things, yet have caused the loss of 83% of all wild mammals and half of plants, while pets and livestock abound.

New studies are constantly widening the range of the red list. A focus of this year’s report was Australian reptiles, 7% of which are threatened with extinction. This is mainly due to climate change and invasive species, particularly the poisonous cane toad and feral cats, which are estimated to kill about 600 million reptiles each year. Among those suffering alarming declines are the grassland earless dragon and Mitchell’s water monitor.

On a more positive note, the Quito stubfoot toad was among four amphibian species rediscovered in South America after fears they had gone extinct. Overall, however, frogs and toads have shown some of the sharpest declines along with coral and orchids.

To counter such trends, Cristiana Pașca Palmer, the executive secretary of the Convention on Biological Diversity, says the world needs a global biodiversity pact equivalent in scale and stature to the Paris climate agreement. She wants nature reserves, ocean protected areas, restoration projects and sustainable land use regions to be steadily expanded by 10% every decade so that half the world is nature friendly by 2050.

But most nations are off course to meet even the Aichi targets for 2020. At a meeting of conservation policymakers in Montreal, Jane Smart, the global director of IUCN’s biodiversity conservation group, urged countries to fast track action. “Today’s update of the IUCN red list of threatened species shows that urgent action is needed to conserve threatened species.

This and other proposals will be discussed at global biodiversity talks in Sharm El Sheikh in Egypt this November and then in 2020 in Beijing.