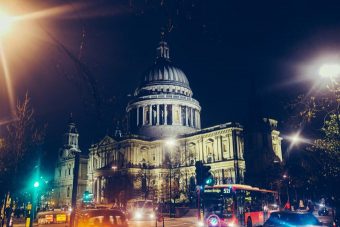 According to provisional data released today by King’s College London, which manages air quality monitors throughout the city, Brixton Road in South London was the first place in the UK to breach EU rules.

Monitors stationed at the road yesterday evening measured the site’s 19th hour above the maximum nitrogen dioxide levels set by the EU. If those levels are breached for more than 18 hours in a year the EU deems it a breach of air quality rules.

The date of the legal breach, on the last day of January, marks a substantial improvement on last year’s performance, when air breached legal limits just five days into the New Year on Brixton Road.

Brixton Road was designated a low emission bus zone in 2017 in an effort to delay this year’s breach, and has recorded “considerable decreases” in nitrogen dioxide levels since last year, UCL said.

But the news nevertheless underscores how poorly London air fares when set against EU-wide legal rules, which in turn are based on guidelines from the World Health Organisation.

The government is currently locked in a court battle with environmental law firm ClientEarth over the quality of its plans to tackle roadside air pollution, and was warned earlier this week by the European Commission that it faces fines and court action from the EU unless it urgently takes action to address the problem.

Dr Gary Fuller of the Environmental Research Group at King’s College London said despite improvements in recent years London pollution is still regularly at illegal levels throughout the city.

“Since 2010, NO2 alongside most of London’s roads has started to improve and it is good news to see that this trend is continuing at some of London’s most polluted locations,” Fuller said in a statement. “However, while press and public attention will focus on today’s measurements at Brixton Road, it is important to note that the majority of main roads in London regularly breach legal values for NO2.”

Indeed, other sites in London are expected to also breach legal limits in the coming days, with Putney High Street in west London tipped as the next offender.

ClientEarth spokesman Simon Alcock said the delay in this year’s breach shows that efforts to improve air quality can deliver results, but more is needed to avert serious health impacts. “It’s still only a month into 2018 and London has breached limits for the whole year, which shows there’s much more to do,” he said. “Londoners are still breathing filthy air on a daily basis.”

“There are more measures coming in London but the Mayor can’t solve this problem alone,” he added. “We’ve recently taken the national government back to court for a third time over air pollution. Ministers have to get a grip and show they’re serious about protecting our health by committing to real action to tackle our toxic air.”

Ministers from the Department of the Environment, Food and Rural Affairs have repeatedly argued that it is taking measures to bring the UK into compliance with EU rules, pointing to a £3bn government plan to improve air quality and curb emissions.