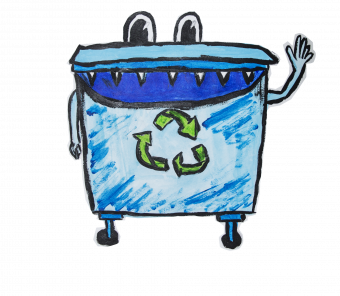 Recycling rates in England have fallen for the first time ever, prompting calls for a tax on packaging and meaning EU targets are now almost certain to be missed.

The amount of rubbish sent to recycling plants by householders had been steadily increasing for more than a decade, but more recently flatlined for three years. Now new government figures published on Thursday show that the recycling rate in England has dropped from 44.8% in 2014 to 43.9% in 2015.

The fall back to levels not seen since before 2012 will be an embarrassment for ministers, who have pledged to lead the first government to leave the environment better than they found it.

It also means the UK as a whole is almost guaranteed to miss an EU target of recycling at least 50% of its household waste by 2020, as England’s size means it accounts for much of the rubbish the country produces. Wales is far ahead of England with households recycling 61% of waste, while Scotland is on 44.2%.

The waste company Suez, which operates more than a thousand rubbish trucks in the UK, called for a tax on packaging manufacturers that would pay to drive up recycling rates again. It said the tax could operate on a sliding scale depending on how much of a product was recyclable and non-recyclable.

“The UK is at a tipping point and without radical change to improve England’s household recycling rates the UK will not meet its EU agreed target of 50% recycling rates by 2020,” said David Palmer-Jones, CEO for Suez recycling and recovery in the UK.

Recycling is primarily the responsibility of local authorities, which have suffered dramatic, austerity-driven budget cuts during the years when recycling rates have stalled and now declined.

Jakob Rindegren, recycling policy advisor for the Environmental Services Association (ESA), said: “2015 was a perfect storm for recycling, combining cuts to local authority budgets with declining commodity markets for recycled materials. ESA warned at the time that, without policy intervention, England in particular would see a drop in the recycling rate.”

Another possible reason for the reversal in recycling fortunes is the huge budget cuts in recent years to the government’s main body tasked with cutting waste and driving up recycling. Wrap’s budget was cut to £17.9m in 2014, down from £37.7m in 2011.

Liz Goodwin, the agency’s former CEO who now works at the US thinktank the World Resources Institute, told the Guardian: “I think the drop is caused by a number of things. The economic situation has clearly not helped – local authority budgets and central government budgets have been very tight for several years which mean that there hasn’t been funding available to improve infrastructure – but more importantly communicate with householders about the value and benefits of recycling.

“Householders in the UK are still confused about recycling – what they can put in recycling and what needs to go in the residual bin.”

According to the Office of National Statistics, the total amount of waste generated by households was slightly down in 2015, at 22m tonnes in total, or 407kg per person.

Newham borough in London had the lowest recycling rate in England, at 15%, while South Oxfordshire district council had the highest, at 67%.

A Defra spokesman said: “we are recycling four times as much as we were in 2000, but the slight dip in the household recycling rates clearly shows more needs to be done.

“There are some excellent examples of councils improving recycling rates – we will work with local authorities and industry to build on these successes and encourage best practice across the nation as part of our commitment to protect the environment for future generations.”