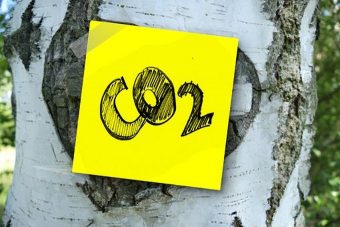 The huge undertaking would require planning not seen since the 2012 Olympics.

Parliamentary advisors have urged the government to invest in a vast network of pipes designed to store CO2 in rocks under the North Sea.

The scheme would require a huge upfront investment, but experts say it could cut the cost of meeting emissions targets by billions a year, the BBC reported.

The technology, which captures CO2 from power stations, is said to be key to curbing greenhouse gases before electricity storage for renewables improves.

However, critics caution that the scheme would make the UK dependent on gas for baseload power for decades as the government repays the bill.

“Some academics point out that the key use of gas into the 2030s will be to back up intermittent renewables: CCS [carbon capture storage] will not fit that purpose as the network will need to be used continuously.”

Last year, the government cancelled an industry competition to promote carbon capture storage due to concerns over cost.

But the advisors told ministers the network will save money if it’s delivered by an agency modelled on the team that organised the Olympics.

The Parliamentary Advisory Group on CCS’s chairman Lord Oxburgh, the former Shell chairman, told the BBC: “There are some things that are best left to the private sector – but CCS on industry isn’t one of them.

“The network of pipes taking CO2 from industrial plant into the North Sea would be far beyond the commercial reach of individual companies. This needs government action.”

The report claims CCS would reduce emissions by 40%, while saving as much as £5bn a year in comparison with other strategies.

At £85/MWh, it would be better value than nuclear power and be comparable to renewable options.

But it’s still more polluting than renewables as the chemical process cannot capture all CO2 and other greenhouse gas emissions.

Nick Hurd, the new climate change minister, told the BBC he was looking forward to reading the report, which was written by experts from industry and finance as well as representatives for the Conservative, Labour, SNP and Lib Dems.