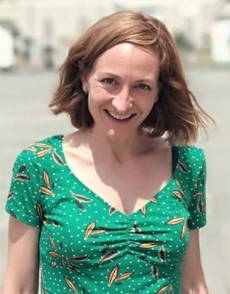 Headlines about the extinction of numerous plant and animal species have experienced the fate of the majority of bad news. They are multiplying and, unfortunately, drowning in a sea of information that fails to encourage society to take adequate action. Footage of endangered animals from our exotic areas once seemed far and foreign to us, but they managed to melt our hearts or worry us. Today, numerous plant varieties and animal species are slowly disappearing from our region, almost under our windows, in silence.

However, in order not to be in a situation to make sure if there will be someone to at least shed a tear for the last specimens of a species, it is necessary to determine to which local plants and animals, as well as habitats, endangerment or rarity criteria can be applied. The key step after the formation of such a database is to facilitate and ensure their long-term survival.

One such project is currently being implemented in our country called “EU for Natura 2000 in Serbia”, with the aim of supporting activities for the conservation of biological diversity. It should help our Ministry of Environmental Protection and other competent institutions in establishing the first list of potential sites that will be included in the international ecological network of protected areas of the European Union. This largest network is known as the Natura 2000 network and consists of 26,106 areas classified into two categories, according to the Birds and Habitats Directive.

Although the development of a geographic information system for the Natura 2000 network in our country is underway, the main goal is not to form a list of locations. It is just the initial step. We asked Ana Iñigo, Team Leader of the “EU for Natura 2000 in Serbia” project funded by the European Union, why it is important for our natural areas to be part of this European network. The main goal of this project is to provide assistance to the Republic of Serbia in preparing for the establishment of the Natura 2000 network.

“Membership in the Natura 2000 network implies legal regulation following the Birds and Habitats Directive, European regulations that ensure the conservation of the most important habitats and species in Europe. This system enables the long-term survival of rare and endangered species and habitats thanks to the support of the European Commission and European legislation”, says Ana, who with her team has been supporting our institutions in preparing a list of potential locations in Serbia for a year. She says the sites were chosen in a different way than it is done when declaring national parks or nature reserves.

“Among the main differences are the criteria for designating protected areas within the Natura 2000 network. They highlight specific habitats and species that are not always a priority in naming other protected areas, where different values of biodiversity or ecosystems can be preferred,” explains Ana, adding that aims to ensure the conservation of all habitats and very rare species in Europe. 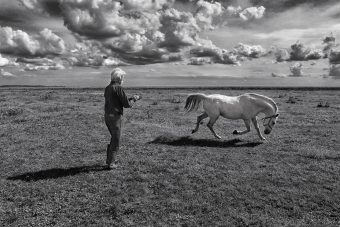 From a socio-economic point of view, it is also important to emphasise that the Natura 2000 network does not exclude or limit the possibility of performing certain economic activities, such as agriculture and livestock. Quite the opposite. These activities are fully compatible with the purpose of these areas, as long as they do not endanger species and/or habitats.

When it comes to data on biological diversity in Serbia, Ana Iñigo points out that we have solid records.

“A large number of institutions are developing various research and monitoring programs to obtain key scientific data, which are also important for naming Natura 2000 sites. However, there is no centralized database, and the main difficulty for institutions responsible for implementing and declaring Natura 2000 sites is the ability to access those data, as well as to determine the most relevant data in the central information system.”

The project led by Ana Iñigo will contribute to nature protection in two very important ways. The first refers to data collection because the project largely includes such activities in the field, with the cooperation of Serbian experts who are part of the project. The second value of the project is the development of the Information System and the contribution to the development of the central database, which will facilitate the future process of implementing the Natura 2000 network.