Sorry to burst your bubbly, prosecco lovers, but skyrocketing demand for the sparkling wine might be sapping northeastern Italy’s vineyards of precious soil — 400 million kilograms of it per year, researchers report in a study posted online January 10 at bioRxiv.org. 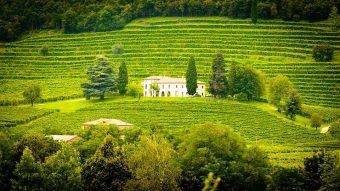 That’s a lot of soil, but not an anomaly. Some newer vineyards in Germany, for example, have higher rates of soil loss, says Jesús Rodrigo Comino, a geographer at the Institute of Geomorphology and Soils in Málaga, Spain, who was not involved in the study. And soil erosion isn’t necessarily a bad thing; it can help generate new soils to keep an ecosystem healthy.

Concerned that the recent bottle boom was taxing the local environment, a team led by researchers from the University of Padua in Italy calculated the “soil footprint” for high-quality prosecco. It found the industry was responsible for 74 percent of the region’s total soil erosion, by studying 10 years-worth of data for rainfall, land use and soil characteristics, as well as high-resolution topographic maps.

The team then compared their soil erosion results with average annual prosecco sales to estimate the annual soil footprint per bottle: about 4.4 kilograms, roughly the mass of two Chihuahuas.

Prosecco vineyards could reduce their soil loss, the scientists say. One solution — leaving grass between vineyard rows — would cut total erosion in half, simulations show. Other strategies could include planting hedges around vineyards or vegetation by rivers and streams to prevent soil from washing away.

Comino agrees, saying: “Only the application of nature-based solutions will be able to reduce or solve the problem.”