India’s external affairs minister, Sushma Swaraj, was among the first to confirm that a United Nations consultant working with her government’s Ministry of Environment and Forests died aboard Ethiopian Airlines Flight ET302 on Sunday.  From the UK, it was British aquaculture expert Joanna Toole who was lost, according to the UN Food and Agriculture (FAO) director for fisheries, Manuel Barange, in Rome. 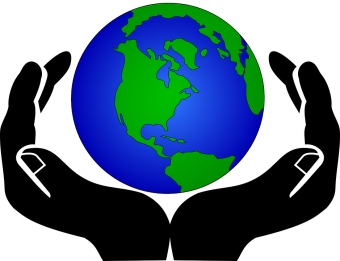 In fact, many of the 149 passengers from 35 countries traveling to Nairobi aboard Flight ET302 from Addis Ababa were headed to the UN Environment Assembly, which runs from Monday through Friday. More than 4,700 heads of state, senior UN officials, national environment ministers and other high-level representatives were expected to attend a key conference focused on achieving Paris Agreement goals.

“The World Food Program family mourns today,” said WFP Executive Director David Beasley. “WFP staff were among those aboard the Ethiopian Airlines flight. We will do all that is humanly possible to help the families at this painful time.”

The UN’s early estimates show at least 19 affiliated staff members aboard the flight, including UNEP staff. “The United Nations is in contact with the Ethiopian authorities and working closely with them to establish the details of United Nations personnel who lost their lives in this tragedy,” said UN Secretary General António Guterres in his statement. He expressed condolences to all those affected.

The Boeing 737 MAX8 aircraft left Bole International Airport in Addis Ababa at 8:38 a.m. local time. Contact with the aircraft was lost six minutes later, and the crash was confirmed in Bishoftu, southeast of the Ethiopian capital. Ethiopian authorities initiated rescue operations but found no survivors. In addition to the passengers, eight Ethiopian Airlines crew members were aboard, the company said.

Some sources estimate that 50 of the victims were delegates to the UN environment meeting – a tragic loss of life, and a tremendous loss of climate change and adaptation expertise for the world – as details about those aboard the doomed flight continued to emerge.

There were 32 Kenyans aboard, followed by Canadians with a total of 18 passengers. President Uhuru Kenyatta of Kenya expressed his condolences, as did the Canadian government. “What terrible news. My thoughts and condolences go to the victims and their loved ones and to all affected by this tragedy,” said Catherine McKenna, the minister of environment and climate change for Canada.

Nine Ethiopians were on board, including UN staff, and eight citizens each from China, Italy and the United States. Africans headed to Nairobi came from Egypt, Morocco – the North African nation confirmed its UN delegates were among the dead – with one each from Djibouti, Mozambique, Rwanda, Sudan, Somalia, Togo, Uganda and Nigeria.

One person was traveling on a UN passport, the airline said.

Somali Prime Minister Hassan Ali Khaire said a member of his staff, traveling on unrelated business, also was among the victims. Russia’s Ministry of Foreign Affairs confirmed that three citizens – Ekaterina Polyakova, Alexander Polyakov and Sergei Vyalikov – died in the accident. Moscow did not identify the reasons for why any of the Russians were traveling on the flight.

Ethiopian authorities say they continue to work with the UN and other governments to identify the victims.