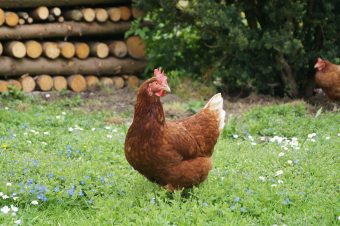 Proposed changes to the Renewable Heat Incentive (RHI) scheme that would adjust the way subsidy support is calculated are continuing to face opposition from small-scale biomass combined heat and power (CHP) generators and developers.

Originally outlined by the government last summer, the planned changes would double the minimum power efficiency requirement to 20 per cent in order for facilities to be eligible for support, and a consultation over the plans closed on Friday night.

Under the plans, CHP plants with power efficiency of less than 20 per cent would receive a scaled back level of support, although some of these facilities’ eligible heat use would be supported under the biomass-CHP tariff.

BEIS has previously said the changes are aimed at closing a loophole in the regulations, and that affected projects could be better off if they produced more electricity as well as heat.

But a group of UK farmers and other businesses in the poultry sector, which can use poultry manure as on-site biomass fuel have reiterated their concerns over the impact of the proposed changes, arguing their small-scale CHP facilities “simply cannot reach” the 20 per cent threshold due to their size, yet are nevertheless zero carbon energy generators.

According to the Sustainable Poultry and Farming Energy Coalition (SPFEC), there are roughly 700 poultry farms in the UK of which around 300 are eligible for RHI subsidies, but many of these farms are now under threat of having their support scaled back.

“Applying a 20 per cent threshold for all CHP biomass plants will not solve the government’s aim of increasing the use of biomass in the UK whilst promoting renewable UK technologies, and meeting our renewable heat targets,” a SPFEC statement read on Friday. “Every plant should be aim to be as efficient as possible. However, efficiency thresholds should be relative to different scales and uses of biomass.”

BEIS was considering a request for comment on the CHP consultation at the time of publication, and responses to the consultation have yet to be released by the government.