Populations of the UK’s most important wildlife have plummeted by an average of 60% since 1970, according to the most comprehensive analysis to date. 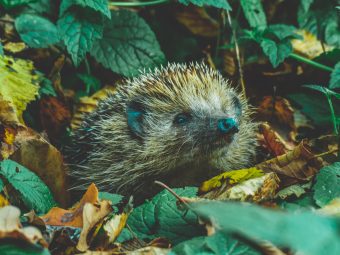 The State of Nature report also found that the area inhabited by officially designated “priority species” has shrunk by 27%. The species are those deemed most important and threatened, and include hedgehogs, hares and bats, many birds such as the willow tit and the turtle dove, and insects such as the high brown fritillary butterfly.

The report finds the losses to all animals, plants and marine life show no sign of letting up, despite some successes in protecting individual species. It found that 41% of species have decreased in abundance, while just 26% have increased.

A quarter of UK mammals and nearly half of the birds assessed are at risk of extinction, according to the report, which was produced by a coalition of more than 70 wildlife organisations and government conservation agencies. When plants, insects and fungi are added, one in seven of the 8,400 UK species assessed are at risk of being completely lost, with 133 already gone since 1500.

The causes of the losses are the intensification of farming, pollution from fertiliser, manure and plastic, the destruction of habitats for houses, the climate crisis and invasive alien species. The State of Nature report shows no significant improvement since the last one in 2016, which said the UK was “among the most nature-depleted countries in the world”.

The losses mirror the global annihilation of wildlife, which scientists suggest is the start of the sixth mass extinction on Earth and is undermining the natural life-support systems that humanity relies on for air, water and food.

“We know more about the UK’s wildlife than any other country on the planet, and what it is telling us should make us sit up and listen,” said Daniel Hayhow of the RSPB, the lead author of the report. “We need to respond more urgently across the board.”

Sophie Pavelle, a young conservationist who contributed to the report’s foreword, said: “I have felt the loss of nature more acutely this year than any other. A dawn chorus less deafening; hedgerows less frantic; bizarre, worrying weather. It seems that in a more complex world, nature is tired, muted and confused.”

Paul de Zylva of Friends of the Earth said: “As we lose nature, we lose a huge part of what makes us happy and healthy. UK ministers and businesses persist in planning and funding disastrous projects and practices, often with public money.” Repeated declarations by the government to halt and reverse the decline of nature have not been followed by matching action, he said.

“We recognise that the continuing declines in biodiversity require urgent action from across society,” said Marcus Yeo, the chief executive of the Joint Nature Conservation Committee, the UK’s official conservation advisers. Government funding for wildlife and nature has fallen by 42% since 2009, while an official report in March concluded the UK will miss almost all its 2020 nature targets.

In addition to the 214 priority species analysed in the report, a broader examination of almost 600 species also found a drop in population of 13% since 1970. But the report states: “Prior to 1970, the UK’s wildlife had already been depleted by centuries of persecution, pollution, habitat loss and degradation.”