Beijing is slowly shedding its image as the world’s most polluted city. In 2013, it ranked as the 40th worst city for the particulate PM2.5 in the World Health Organisation global database. Four years on, thanks in part to a crackdown on polluters, it stands in 187th place. 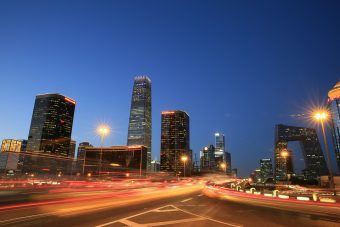 Air pollution in the 62 Chinese cities tracked by the WHO dropped by an average of 30% between 2013 and 2016. China’s air pollution problems are often blamed on the country’s rapid industrial growth but the problems probably date back to the 1950s.

In air pollution terms China is two countries, divided by a line that follows the Huai river. North of this line average winter temperatures are below freezing and here free or heavily subsidised coal was provided for home heating. This led to the development of poorly controlled, coal-powered, district heating systems in towns and cities north of the river.

The laudable aim of providing home heating was disastrous for China’s air. Average particle pollution north of the Huai river was 40% greater than the south and this extra pollution caused an estimated three-year reduction in average life expectancy.

Understandably, a small but growing group of Chinese urbanites have been moving south for cleaner air.