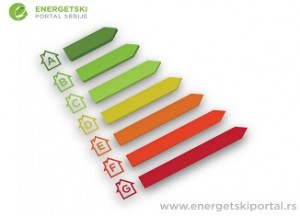 Though 2015 was a record year for renewables, there is another energy technology that is making steady – but quiet – progress in limiting greenhouse gas emissions: energy efficiency.

Managing how much energy we use is a vital tool in the fight against climate change. IEA analysis shows that on a 2 degree climate pathway, energy efficiency contributes nearly 40% of global emissions reductions through 2050, the largest share of any fuel. This is why governments need to pay serious attention to energy efficiency, encouraging policies that determine how well we use energy.

There have been improvements. According to the latest analysis by the IEA, global energy intensity – the amount of energy used compared to the health of the economy – improved by 1.8% in 2015. This is good news, surpassing the 1.5% gain seen in 2014, and tripling the annual rate seen in the previous decade. This is particularly noteworthy in the context of lower energy prices, with the headline price of crude oil falling by as much as 60% since 2014.

Yet while prices often determine energy choices between oil and other fuels, energy efficiency fundamentally relies on government policy for its success. For example,  fuel economy standards on passenger vehicles around the world saved 2.3 million barrels per day in 2015. This was equivalent to almost 2.5% of global oil supply – approximately the oil production of Brazil.

Yet the majority of the world’s energy use takes place outside of any efficiency performance requirements. For example, two-thirds of energy consumption from buildings that are being built today has no efficiency codes or standards applied to it.

The past 15 years have seen some good progress, with a steady expansion of mandatory policies focused on improving energy efficiency. In 2015, 30% of final energy demand globally was covered by mandatory efficiency policies, up from 11% in 2000. The average performance levels mandated by policies have increased by 23% over the last decade, delivering greater savings.

Yet this is not enough. While renewable electricity, electric vehicles and biofuels will continue to get attention, if the world is to have any hope of meeting the Paris Agreement – not to mention getting on a 2 degree pathway – energy efficiency will have to lead the way.