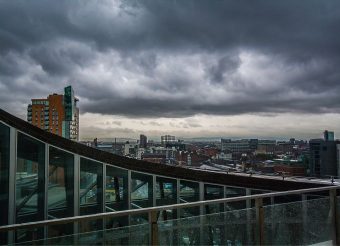 Mayor Andy Burnham used the city’s first Green Manchester Summit yesterday to unveil a raft of new environmental goals, which could cement the region’s position as one of the world’s leading green business and clean tech hubs.

Under the broad pledge to ensure Greater Manchester achieves ‘carbon neutral’ status by 2040 at the latest, the Mayor’s Office confirmed a host of new targets on green buildings, plastic waste, and transport.

A group of 43 hospitality businesses from across the region, led by former footballer and hotel owner Gary Neville, launched a new ‘Plastic-Free Greater Manchester’ campaign, pledging to work with businesses and the public to end the use of single use plastics from 2020.

Burnham signalled his support for the campaign and announced plans to set up a consortium that would allow smaller businesses to buy reusable materials and packaging in bulk.

“People have been horrified by how polluted our oceans and rivers have become through plastic waste,” Burnham said. “But this isn’t just happening on the other side of the world. Last week we heard that Greater Manchester’s rivers were some of the most polluted. We cannot just carry on as usual – the time has come for action.”

The Mayor also confirmed plans to deliver a zero emission bus fleet and invest up to £50m over three years in new cycle lanes and paths.

In addition, he confirmed a range of new green building commitments, including plans for a new energy efficiency retrofit programme and proposals to include a new zero carbon homes and buildings target in the Greater Manchester spatial framework, which is currently out for consultation.

He also set a new goal for the Greater Manchester Combined Authority (GMCA) to only occupy energy efficient buildings. Industry sources said a similar scheme pioneered in Australia had led to significant efficiency improvements across the real estate sector.

At the same conference, the UK Green Building Council (UKGBC) trade body announced the launch of a new Greater Manchester Local Network and revealed plans to open an office in the city by the summer of 2018.

“Greater Manchester has an opportunity to be a trailblazer, as it has been many times before in its history,” said John Alker, director of policy and places at UKGBC. “It can demonstrate that high quality, sustainable buildings support an ambitious vision for the region as a clean, green and healthy place to live and work, which will support the attraction of talent and investment.”

The new toolkit, which has been piloted in Manchester, aims to make it easier for cities and regions to set emission reduction targets and define appropriate pathways to achieve them.

The announcements came in the same week as the Global Covenant of Mayors announced plans to develop a new City Research and Innovation Agenda across its members to address “critical knowledge, data and innovation gaps that will enable cities to take accelerated and more ambitious climate action”.

Michael Bloomberg, co-chair of the Global Covenant of Mayors and the UN Secretary General’s Special Envoy for Climate Action, said the sharing of best practices would help cities around the world respond to climate change. “Mayors recognize that if you can’t measure it, you can’t manage it,” he said. “Data allows them to identify challenges and opportunities – and respond. This new collaborative effort gives cities access to critical resources that will help them do more, faster, to take on climate change.”