Compostable and biodegradable plastics could add to marine pollution because there is no infrastructure in place to make sure they break down correctly, a committee of MPs has warned. 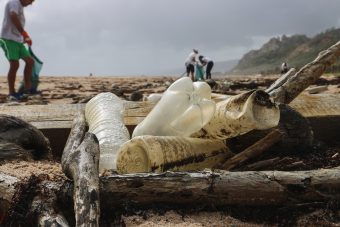 The use of alternatives to plastic are being adopted by many food and drink companies, takeaway coffee venues, cafes and retailers. But experts giving evidence to MPs on the environment, food and rural affairs committee said the infrastructure required to deal with the new packaging was not in place and there was a lack of consumer understanding about these alternatives.

Much of the compostable packaging produced for the UK market only degrades in industrial composting facilities, rather than in home composting – but not all is sent to these facilities.

Environmental NGOs told the committee that the rapid introduction of such alternatives could actually increase plastic pollution.

Juliet Phillips, of the Environmental Investigation Agency, said: “If a biodegradable cup gets into the sea, it could pose just as much of a problem to marine life as a conventional plastic cup.”

The environmental thinktank Green Alliance said there was evidence that the term biodegradable made consumers think it was fine to discard it into the environment, which would make pollution on land and at sea even worse.

Neil Parish, chair of the Commons select committee, said: “In the backlash against plastic, other materials are being increasingly used as substitutes in food and drink packaging.

“We are concerned that such actions are being taken without proper consideration of wider environmental consequences, such as higher carbon emissions.

“Compostable plastics have been introduced without the right infrastructure or consumer understanding to manage compostable waste.”

Keep Britain Tidy said “the drive to introduce bioplastics, biodegradable plastics and compostable plastics is being done with limited emphasis on explaining the purpose of these materials to the public or consideration of whether they are in fact better from an environmental perspective than the plastic packaging they replace”.

The committee, in a report on plastic food and drink packaging published on Thursday, said the government should focus on reducing the use of plastic packaging rather than replacing it with other materials.

“Reduction is far more important than recycling, and a fundamental shift away from all single-use packaging, plastic or otherwise, is now necessary,” the report said.

A government consultation on biodegradable and compostable packaging is under way. It will examine whether the standard required for all such alternative plastics should be that they can be home composted.

In evidence to the committee Libby Peake, from Green Alliance, said there was a need for standards to be re-examined, saying: “Some companies are already switching to alternatives including bio-based and compostable plastics, paper, cartons or other materials in ways that will not ultimately prove sustainable.”

Peake added: “You cannot have a wholesale switchover to bio-based plastics, to aluminium, to glass or to paper, which all have environmental consequences themselves.”

Vegware, a compostable packaging manufacturer, said it advised consumers to put their products in the general waste if suitable composting was not possible.

The committee said it was shocking that the government had no idea how much plastic packaging was put on to the market. This is because the system is based on producers self-declaring their packaging footprint, and only those with a turnover of more than £2m and 50 tonnes of packaging a year are obliged to release their data. MPs recommended this figure should be reduced to 1 tonne…