Sabac is located in the north of northeastern Serbia, and it covers an area of 795 square kilometres inhabited by around 130 thousand people. Its citizens speak proudly about towns’ past – significant uprising battles, the first primary school in the country after Turkish rule, the flourishing economy of the city destroyed by the Second World War, famous people… Inhabitants of Sabac are also “bragging” about the present times – tourist events, the sports association with the most members in the region and the bohemian spirit for which Sabac is symbolically called “little Paris”.

Not all of the towns’ glory has been left in the past and the project of “Sava Park” is evidence of that. Its realisation will contribute to the greening of 300 hectares on the banks of the Sava, which will provide shelter from city bustle to the citizens.

Who could give us a better insight into the life in Sabac than the Mayor himself? Nebojsa Zelenovic has been the head of the city since 2014 and talking with him we have found out more about the cultural centre of the Macva district.

EP: What makes Sabac stand out from other cities in Serbia?

Nebojsa Zelenovic: Sabac is by far an unusual city for Serbia. The authorities of Sabac renounced the part of its power in decision making and transferred it to the hands of the citizens – they directly declare how the money collected from the property tax will be spent. We are committed to investing in culture – compared to other Serbian towns and municipalities, Sabac gives most for those purposes, even seven per cent. On top of everything, it is the only city where the ruling party doesn’t rule the city.

EP: Sabac has huge agricultural potentials. How do you invest in the development of those capacities?

Nebojsa Zelenovic: Irrigation proved itself to be the most cost-effective economical measurement which has been best shown in the case of producers of strawberries from Pocerina. Producers began cultivation of this fruit at few hundreds of hectares. In 2008, the City of Sabac decided to help them by subsidizing the cost of digging deep wells. When they got the main condition for the high-quality strawberries – water for irrigation, the expansion of production has started. Now strawberry spreads out at more than 1200 hectares. The City of Sabac gave half of the money needed for digging wells, respectively 20 euros per meter. Ever since then, more than 500 wells were dug and, during the season, the fruit growers earn more than 15 million euros from strawberries.

We have been investing for years in the improving of the genetic composition of cattle, crops and vegetables.

EP: Over the past few years, Sabac had a series of projects which were promoting sustainable development. Which projects are current and which ones are in the beginning? 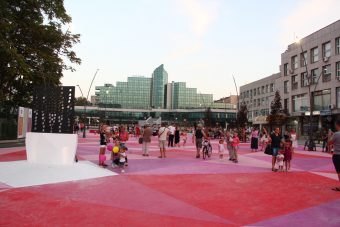 Nebojsa Zelenovic: The best example for promoting sustainable development would be our Detailed Regulation Plan of “Sava Park”. A 4.5-kilometre long park along the Sava River will be designed and built to meet the highest standards of sustainability. The planned objects must use clean energy in a certain percentage. A system of canals that follow the soil formation was designed to drain the terrain.

The city also adopted a decision on the making of Sustainable Urban Mobility Plan. Sabac is hand in hand with Krusevac, a pioneer in this field. This kind of plans are being made in Europe for a long time so we will implement their methodology. Promoting the sustainable types of mobility such as walking, biking and reduction of private cars’ domination on the streets will decrease carbon dioxide emissions and improve public and environmental health and the result will be nicer, pleasant and safe streets. The plan will give solutions to a different arrangement of public space, modification of street regime, widening the pedestrian zone, restriction on parking use in the streets, the introduction of public transport and bicycle paths, greening of the streets and increasing the safety of all of the participants in the traffic. The ultimate goal of all of these measures would be life quality enhancement for all of the citizens.

In addition, the project of insulation of residential buildings covers more than 90,000 square meters. The Public Utility Company “Toplana-Sabac” plans the realization of the project of remote control and management of district heating substations in district heating. The project results would be savings in heat distribution, decreasing fossil fuel consumption and cutting down carbon dioxide emissions.

EP: The main focus of this issue is clean energy. Tell us about the estimation of potentials of your municipality in this field. 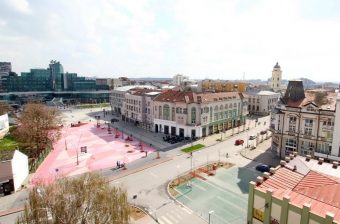 Nebojsa Zelenovic: The city adopted the document Energy policy of the town of Sabac. It is defined that Sabac should achieve energy independence from fossil fuels by 2050, which is in line with strategic documents on the level of Serbia and in accordance with the EU directives. We have renewable energy sources such as biomass, geothermal, and waste energy and solar energy at our disposal. Their amount is sufficient for the city to be independent of the dirty fuels by 2050.

Nebojsa Zelenovic: The projects in the field of biomass and waste energy exploitation speak in favour of this. The project of thermal insulation of existing buildings should be also mentioned because energy savings could be considered the renewable source of the highest potential. For example, thermo-insulated housing objects have proven that it is possible to achieve a reduction in consumption between 40 and 55 per cent. Heating bills for apartments in thermally insulated units where owners can manage their own consumption are up to 2.5 times lower than the bills in cities where heating is charged on a flat rate and where it is not worked on improving the isolation.

Read the whole interview in the new issue of the Energy portal Magazine on CLEAN ENERGY, December 2018. – February 2019. 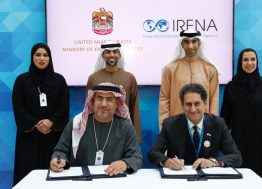 IRENA and UAE Ministry of Energy and Industry Sign MoU to...