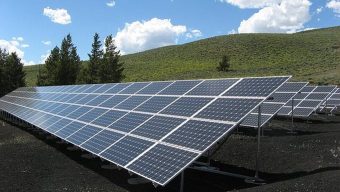 The Department of Energy in the Philippines recently approved four large-scale solar power projects to assess the impact of their integration into the existing transmission network. These projects include two of 70 megawatts capacity each, one of 22 megawatts, and another of 30 megawatts with battery storage.

The two projects of 70 megawatts capacity each will be developed by Pilipinas Newton Energy and Pilipinas Einstein Energy in San Manuel in the province of Pangasinan. C-Solar Power will develop the 22-megawatt project in Tarlac. A battery-based solar power project with a capacity of 30 megawatts will be developed by Silay Global Energy Solutions in Negros Occidental.

These projects are expected to play an important role in developing a roadmap for large-scale integration of not only solar power but projects based on other renewable energy technologies as well. Absorption of renewable energy technologies into existing transmission grid remains a major challenge across all developing markets, be it India, Chile or China.

In March, the Department of Energy also approved a 150-megawatt solar power project equipped with storage technology, based on batteries, for development in Concepcion. The project will be developed by Solar Philippines and will consist of nearly half a million modules.

The Concepcion solar power project will initially sell electricity in the open market while continuing to negotiate with utilities for a long-term power purchase agreement.

After the Renewable Energy Law was approved in 2008, a surge in renewable energy capacity addition was seen in the Philippines. The government had announced a feed-in tariff scheme wherein projects were offered ¢0.21 per kWh. The tariff scheme attracted overwhelming response from project developers, forcing the government to expand the capacity under the program from 50 megawatts to 500 megawatts.