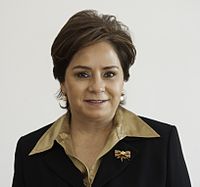 In her opening address Patricia Espinosa, Executive Secretary United Nations Framework Convention on Climate Change said that whilst early entry into force of the Paris Agreement is a clear cause for celebration, it is also a timely reminder of the high expectations that are now placed on governments:

“Achieving the aims and ambitions of the Paris Agreement is not a given. We have embarked on an effort to change the course of two centuries of carbon-intense development. The peaking of global emissions is urgent, as is attaining far more climate-resilient societies.”

Ms. Espinosa underlined 5 key areas in which work needs to be taken forward, notably on:

-Finance to allow developing countries to green their economies and build resilience. Finance is flowing . It has to reach the level and have the predictability needed to catalyse low-emission and climate-resilient development.

-Support for adaptation which needs to be given higher priority, and progress on the loss and damage mechanism to safeguard development gains in the most vulnerable communities.

-Capacity building needs of developing countries in a manner that is both tailored and specific to their needs.

Fully engaging Non-Party stakeholders, from the North and from the South, as they are central to the global action agenda for transformational change.

“Our work here in Marrakech must reflect our new reality. No politician or citizen, no business manager or investor can doubt that the transformation to a low-emission, resilient society and economy is the singular determination of the community of nations,” she said.