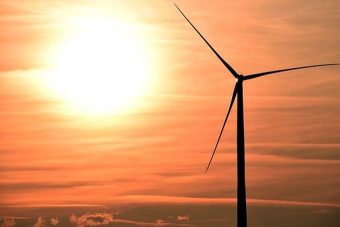 The International Renewable Energy Agency has published a new analysis of Pakistan’s energy sector which shows that the country can spur both social and economic development and improve its energy security by developing its “abundant” renewable energy sources.

In a new report published earlier this week, Renewables Readiness Assessment Pakistan, the International Renewable Energy Agency (IRENA) made the case for developing Pakistan’s “abundant renewable energy resources that can be utilised for power generation and end-use sectors.” Specifically, there is a significant need to address what the authors of the report described as “a widening gap between power demand and generation” that stems from “continued growth in energy demand and inadequate investment in generation infrastructure.” Specifically, Pakistan’s gap between demand and supply reached as much as 7 gigawatts (GW) in 2012, but slowly swung back to between 4 GW and 6 GW.

Unsurprisingly, this is not just a matter of statistics, and instead has a direct impact on the lives of Pakistanis and the economic and social development of the country.

According to IRENA, hydropower has traditionally been Pakistan’s predominant form of renewable energy and makes up 7.1 GW worth of the country’s grid-connected capacity, but could be expanded to up to 60 GW. IRENA’s assessment of Pakistan’s renewable energy potential also identified 50 GW of possible wind energy capacity and up to 25 million tonnes of biomass feedstocks from industrial and agricultural residue per year.

Currently, Pakistan has nearly 600 megawatts (MW) of wind power, 400 MW of solar PV, 50 MW of small hydropower, and 160 MW from biomass. Further, Pakistan has another 2,000 MW worth of renewable energy currently under development.

Looking at solar PV specifically, the authors of the report highlight the country’s high levels of solar irradiation, specifically in the country’s south and southwest. While no specific GW capacity was given, the authors of the report also pointed to several letters of intent across several states which are paving the way for more solar capacity in the near-future. Pakistan’s solar industry is still in its early stages, but it still boasts employment of more than 15,500 people, most of which are involved in small-scale residential and commercial deployment.

“Pakistan is undergoing rapid economic and industrial development, which in turn is fuelling strong energy demand growth across the country,” said Adnan Z. Amin, IRENA Director-General. “To meet this demand Pakistan has a tremendous opportunity to cost-effectively tap its abundant solar, wind and hydropower resource potential. Doing so would support national prosperity and job creation, whilst enhancing security of supply, improving access and moving Pakistan towards greater energy independence.”

“Pakistan is rich in renewable energy potential, and can with this assessment develop policies, investment opportunities and energy development actions to harness it,” said Abid Sher Ali, Pakistan’s Minister of State for Power. “Critical to this report has been IRENA’s valuable policy guidance and technical assistance to determine our best available renewable-based power options.”