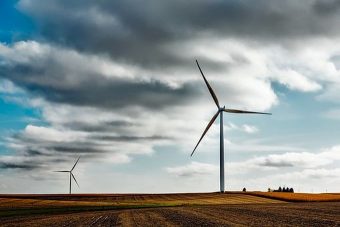 Word of Ørsted’s (which, until recently, was called DONG Energy) Changhua offshore wind development has been hard to track down as no major announcements have yet been made. We first heard word of the potential project back in January when DONG Energy announced that it had acquired 35% ownership in Taiwan’s first offshore wind project, the 128 MW (megawatt) Formosa 1 offshore wind farm. The company made mention in its press release that it was also working on its own offshore wind projects in Taiwan — four separate offshore wind farms in the Changhua coastal region, which would have a total capacity of at least 2 GW (gigawatts) when completed sometime between 2021 and 2024.

In May the company made a small note that it was now waiting on Taiwan’s government to conduct an environmental impact assessment (EIA) of the four potential offshore sites. Late last month Taiwan’s Environmental Protection Administration (EPA) review panel recommended approval of the EIA for the four projects, leaving Ørsted to wait until early 2018 for final environmental approval.

In the meantime, Ørsted has begun seeking grid capacity and begun the process of obtaining its establishment permit by the end of 2019 at the latest.

“Local content has been placed at the center of our project development activities,” said Matthias Bausenwein, Ørsted’s General Manager Asia Pacific and Chairman Taiwan. “In the past year, the local Ørsted team has met over 170 Taiwanese companies and identified 15 companies for close collaboration. CWP has a very strong background in large-scale steel manufacturing and shown significant ambition to invest in offshore wind manufacturing business.”

This month, Ørsted signed a MoU with with Taiwanese company Woen Jinn Harbour Engineering to be the preferred offshore subsea cable installation partner for the Changhua projects.

“In the past few months, Ørsted’s experienced engineering team has visited our company many times to share offshore cable installation standards and technical expertise,” said Lee Ming Chuan, Chairman of Woen Jinn Harbour Engineering. “Ørsted is not only the preferred partner for Woen Jinn, but also the driving force to develop Taiwan’s offshore wind supply chain.”