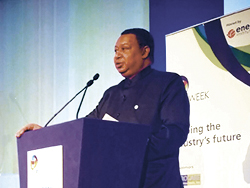 OPEC Secretary General, HE Mohammad Sanusi Barkindo, two days ago delivered a keynote address at the International Petroleum (IP) Week conference in London.  The session was moderated by Manus Cranny, Markets Editor/Anchor, Bloomberg TV, who followed the Secretary General’s speech with a number of questions, including some from the audience.

The Secretary General initially highlighted how much has changed in the industry since the last time he spoke in London at the Oil & Money conference back in October 2016.  He highlighted the landmark and historic decisions reached by OPEC and non-OPEC at the end of last year, stressing that “collaborative and timely intervention was taken to address the prevailing market realities.”

The Secretary General reiterated that the implementation of these historic decisions taken had thus far been very encouraging. He added that all 24 countries involved remained resolute in their commitment to the ongoing process and are determined to implement their obligations in a full and timely fashion to help ensure a more balanced oil market on a sustainable basis.  In addition, he stressed the establishment of the Joint Ministerial Monitoring Committee and the supporting Joint Technical sub-Committee to oversee and monitor implementation were “prime examples of OPEC’s support for data sharing, openness and transparency.”

He also spoke about the gravity of the sharp contraction in oil industry investments in both 2015 and 2016 and stressed that “the industry cannot afford to see investment levels fall for a third year in a row.” He said that the industry needs regular, timely and sustainable investment to guarantee security of supply to the global community.

In this regard, he added, “we believe that the recent decisions taken by OPEC and non-OPEC are already creating the favorable conditions for the industry to deliver the necessary medium- and long-term investments for our energy future.”

IP Week, hosted by the Energy Institute is a highly respected global annual conference where leaders from the global oil and gas industry share their wealth of knowledge and experience with fellow experts over three days of conferences, seminars, roundtables and social events.

This year’s event also sees the awarding of ‘The International Oil Diplomacy Man of the Year Award’ to HE Dr. Mohammed Bin Saleh Al-Sada, Qatar’s Minister of Energy & Industry, and the OPEC Conference President in 2016.  The OPEC Secretary General said that “the judgement, patience, guidance, consistency and dedication” shown by HE Al-Sada in bringing together OPEC and non-OPEC in 2016 “were a cornerstone of the great efforts aimed at rebalancing the market, supporting sustainable stability and ensuring that the necessary industry investments return.” 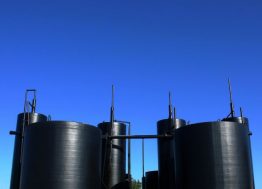