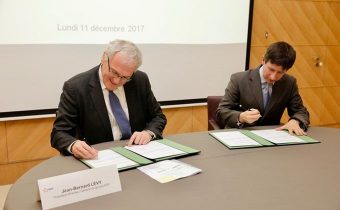 Two of France’s largest companies yesterday promised to deliver major cuts to their carbon footprint and shift to greener transport technologies, ahead of the One Planet Summit in Paris today.

EDF and Schneider Electric, which together boast combined revenues of more than €95bn, both announced they had become the latest corporate giants to sign up to The Climate Group’s clean tech adoption initiatives.

Meanwhile, French utility EDF became the latest high profile firm to join the recently launched EV100 campaign, which aims to make electric vehicles “the new normal”. EDF has promised to transition its fleet to electric vehicles by 2030 in support of the new initiative.

Helen Clarkson, CEO of The Climate Group, which co-ordinates the RE100, EP100 and EV100 campaigns, said the announcements underscore the business community’s commitment to delivering on the Paris Agreement.

“These companies are giants in their sectors, so their commitments to purchasing renewable energy, vastly improving energy productivity, and switching to electric vehicles, send clear and significant market signals,” she said in a statement.

The news came a day ahead of French President Emmanuel Macron’s One Planet Summit in Paris, a high level climate conference taking place exactly two years on from the brokering of the Paris Agreement.

Schneider Electric and EDF have also joined 89 other French companies ahead of the summit in signing the 2017 French Business Climate Pledge, which calls for a “collective change of course” to deliver a “drastic reduction” in global emissions.