New research suggests European firms are investing more on low carbon energy compared to their rivals in the US and Asia.

Top oil and gas companies invested only around 1.3% of their total capital expenditure this year on clean energy. 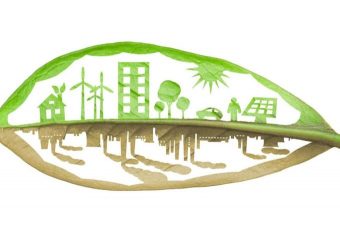 That’s according to new research, which adds companies in Europe are spending the most amount on low carbon energy compared to their rivals in the US and Asia.

Across the 24 oil and gas majors analysed by environmental non-profit company CDP, European firms accounted for 70% of current renewable capacity and nearly all projects under development – Equinor, Total, Shell and Eni have been ranked at the top spots for leading the low carbon transition.

However, it suggests US-based companies have not embraced renewables in the same way “with less domestic pressure to diversify”.

A total of 15 firms have set climate targets, with Repsol, Shell and Total said to be the most ambitious and 10 companies are involved in carbon capture, utilisation and storage (CCUS) projects, collectively accounting for 68% of current global capacity.

Efficiency, however, remains an issue in the industry – the report states companies are losing 3.3% of their natural gas production on average through flaring, venting and methane leaks, worth almost $5 billion (£3.87bn) at the current gas price.

Luke Fletcher, Senior Analyst at CDP said: “Low carbon technologies and regulatory change is disrupting the established order of the energy industry. The shift to a low carbon economy presents the question of what role oil and gas companies will play in this transition and what their strategic options are in the more immediate and longer term.

“With improved efficient, lower costs and higher prices, free cash flow for the sector is at its highest level since the first quarter of 2012. However, companies are now facing increasing scrutiny from investors to look beyond the current cycle and deliver value in the long term. As well as diversifying into clean energy assets, oil and gas companies are shifting focus to multi-staged developments and shorter cycle opportunities to improve their capital flexibility and resilience for the changes ahead.”