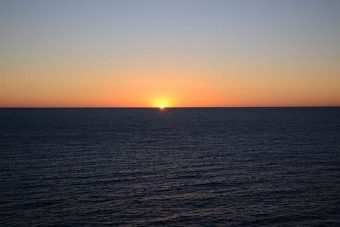 Ocean dead zones quadrupled in size since 1950, while low oxygen sites around the world increased tenfold, threatening large swaths of marine life, scientists warned in a study released on Friday.

“Major extinction events in Earth’s history have been associated with warm climates and oxygen-deficient oceans,” the analysis published in the journal Science stated.

“Under the current trajectory that is where we would be headed. But the consequences to humans of staying on that trajectory are so dire that it is hard to imagine we would go quite that far down that path,” Denise Breitburg, an author of the study and researcher at the Smithsonian Environmental Research Center in the U.S., told the Guardian.

Human activities are largely responsible for the growth of ocean dead zones. Climate change, caused by fossil fuel emissions, is behind the large-scale removal of oxygen in open waters. Open oceans have naturally low oxygen areas that typically lay west of continents due to the Earth’s rotation.

Coastal zones, which provide jobs to 350 million people, are now home to at least 500 known dead zones, though that number could be much higher. According to the study, these areas have increased by an area roughly the size of the European Union since 1950, when there were 50 reported around the world.

In coastal regions, algae blooms are the main culprits behind dead zones. Manure, sewage and fertilizers create these blooms. When the algae decomposes it sucks oxygen out of the water.

“This is a problem we can solve,” Breitburg told the Guardian, pointing to the River Thames in the UK and the Chesapeake Bay in the U.S., where improved sewage and agricultural practices helped remove dead zones.

“Right now, the increasing expansion of coastal dead zones and decline in open ocean oxygen are not priority problems for governments around the world. Unfortunately, it will take severe and persistent mortality of fisheries for the seriousness of low oxygen to be realized,” Robert Diaz, a professor at the Virginia institute of Marine Science who reviewed the study, told the Guardian.

“No other variable of such ecological importance to coastal ecosystems has changed so drastically in such a short period of time from human activities as dissolved oxygen,” Diaz said.