When it comes to fossil fuels, Serbia is a rather poor country. The main, available energy source is low-quality coal, namely lignite. Oil and gas reserves are relatively moderate, and their exploitation is about to come to an end in the coming decades. The energy potential of oil shale is beyond any question. Still, not enough researches have been made, while the existing technologies for the use of this source aren’t commercially and ecologically acceptable. At the moment, the importance of lignite for the Serbian energy sector is immeasurable. The development of the electricity sector of the Republic of Serbia has been relying, ever since the sixties, upon the available coal reserves. The coal-based thermal power stations, which generate 70 per cent of national electricity production, are the backbone of the electricity sector in Serbia. 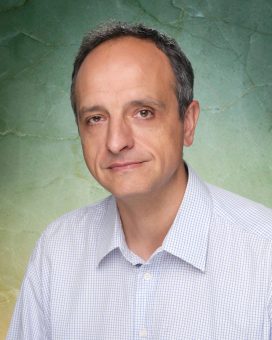 The problem with coal firing is the emission of air pollutants and carbon dioxide in the atmosphere. The installation of electro filter and denitrification and desulfurization unit reduce the emissions significantly, raising the price of electricity as a result. So it doesn’t make sense to install them on old power plants with lower capacity. However, the solution for carbon-dioxide emission from coal-based power plants doesn’t exist. Having in mind the emissions of this gas, coal is the least favourable of all the fossil fuels, and technologies for carbon dioxide capture and storage are still in an early developmental stage. According to the Energy sector development strategy, in the coming decade, we can have the phasing out of 1,000 MW of the oldest and the most inefficient thermal power plants. Those remaining in use (along with Kostolac B3 in construction and potentially one more power plant of the similar capacity) should meet the strictest environmental regulations.

This scenario of the electricity sector progress could be, from the perspective of coal usage, taken as pretty optimistic. In essence, coal would be exploited and used for electricity generation over the next few decades. Its share in electricity generation would probably remain more than 50 per cent. The shift in the energy sector strategy and the adoption of EU policy in the field of climate protection would undoubtedly result in a gradual reduction and, eventually, termination of the coal-based electricity production in Serbia. In order to make this scenario economically and socially sustainable, this process must be followed up by the adequate measures of economic and social policies. The price of this transition is very high, and Serbia alone can hardly pay for it. This scenario is probable only with Serbia’s full integration into the EU or at least with access to the transitional funds in the same way it is provided for the EU member states.

Renewable energy sources (RES), which would completely replace coal in electricity production, considering current technology development, just don’t exist. Nowadays, hydropower plants make about 30 per cent in electricity production and are considered “family heirloom” of the Serbian energy sector. There are plans for new hydropower plants on bigger watercourses (Morava, Drina, Ibar, Lim etc.), but due to many reasons, their construction is not likely. One of the reasons is pubic odium against the construction of small hydropower plants, which is something that shouldn’t have happened. It is difficult to estimate the potentials for the usage of solar and wind power. “Feed-in” tariff was effective, first when it comes to the growth of installed capacity which uses wind, whereas there has been a limitation of capacity in the solar energy field. Nevertheless, having summed up the share of electricity produced in these power plants, it won’t surpass 5 per cent of the total electricity production. It’s beyond doubt that it is technically possible to install in Serbia a few times bigger capacity in wind power plants, and tens of times bigger capacity in solar power plants, than we already have.

The construction of reversible hydropower plant Bistrica, and there has been a lot of talk about it before, might additionally increase the technical potential of these sources. The price of electricity at the national level doesn’t serve a stimulus for investors, and without official subsidy policy, it will be hardly possible to keep up the existing trend of construction even when it comes to wind power plants.

Theoretically, the biggest unused potential of RES in Serbia rests in biomass and particularly in agriculture biomass. Yet, it is very demanding to determine what part of that potential is truly usable for energy production, having in mind that residues from agriculture production are used for many different purposes. Biogas plants (combined with livestock production) with the capacity of several tens of megawatts are already in operation, and there we can expect, with appropriate subsidy policy (at the moment, “feed-in tariff” is in use) further growth, since this is the way to also solve the waste problem. As for wood biomass, it is mostly used for heating, and it is least expected to have a significant change there. Its use for electricity production is possible, but not in that extent as to become a genuine replacement for ongoing lignite usage.

Even organized cultivating of the fast-growing woods couldn’t provide more than a few hundred MW of new capacity for electricity production. It is important to say about wood biomass that it is CO2 neutral, only if tree cutting is followed by adequate forestation. Otherwise, from a perspective of CO2 emission, biomass is more unfavourable energy source than coal. Also, biomass firing is accompanied by the significant particle and another pollutant emission, which can be dealt with successfully only in bigger power plants. The air Ph pollution problem in Serbian cities throughout the winter of 2019/2020 is mainly caused by firing biomass in households. So, whatever progress of Serbian energy sector might be, maximum valorization of renewable energy sources should have priority. Essentially, those are our only, sustainable on a long term, energy sources. With the extensive implementation of energy efficiency measures, it would be possible to ensure that a certain portion of required energy comes from our sources. It is necessary to bear in mind that entirely clean energy sources don’t exist, and that usage of renewables doesn’t come cheap. The technical potential of RES depends on available technologies, but the level of RES usage depends on how much consumers are willing to pay for such energy.