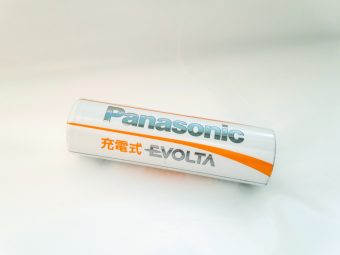 Earmarked for an as-yet-unspecified site “in the Nordic region”, the large-scale factory is anticipated to have an annual production capacity of 32GWh – similar to that of Tesla’s giant gigafactory in the US – by 2024.

Recently rebranded from SGF Energy AD, Northvolt is led by two former executives of Tesla – Peter Carlsson and Paulo Cerruti – who left the US EV giant in 2015 and 2016 respectively. The overall cost of their proposed factory is reported to be in the region of $4bn, with production of batteries set to start in 2020.

Carlsson, who serves as CEO of Northvolt, said InnoEnergy would help support the Swedish firm in attracting further investment. “The investment will support us in realizing our vision of creating Europe’s largest scale battery cell production facility. But – more than that – InnoEnergy’s vast network has the power to support us for years to come,” he said.

The factory will be built in the Nordic region because of its close proximity to necessary materials and metals, availability and affordability of low carbon power and modern infrastructure, according to Northvolt.

Diego Pavia, CEO of InnoEnergy, said the development of the battery factory would be “revolutionary” in helping to support EV growth and reduce Europe’s carbon footprint.

“The benefits can also go beyond supporting the transition to electrification,” said Pavia. “By considering the deployment of battery-based energy storage at all levels of the electricity network, we can also see that this battery factory will add value to the grid while maximising the integration of renewable energy.”

Demand for battery storage is also growing in the US, with research yesterday showing energy storage deployments totalled 336MWh last year – doubling the total MWh deployment for the previous year.

It follows a record-breaking fourth quarter 2016 which saw 213MWh come online, more than the sum of the previous 12 quarters combined, according to GTM Research and the Energy Storage Association’s annual energy storage review.

California alone made up 88 per cent of all installed energy storage capacity in the final quarter of last year, driven by the large systems procured in response to the major Aliso Canyon natural gas leak in October 2015 which put serious stress on the US state’s electricity grid.

Matt Roberts, executive director of the Energy Storage Association, said the fourth quarter of 2016 marked a turning point in the US utility-scale energy storage market.

The company said it has developed a unique battery management system that collects, processes and stores data directly at the cell, enabling improvements in the reliability and performance of EV batteries and energy storage units.

“We’ve had incredible feedback from our demonstrations to the industry,” said Clive Scrivener, Chairman, Dukosi. “Our technology resonates with stakeholders throughout the battery supply chain and with the users of battery packs, who all recognise that innovation has a key role to play in meeting the growing demands of managing complex battery systems. With this funding, we’re taking the next step to make our vision a reality and bring a new level of intelligence to batteries.”