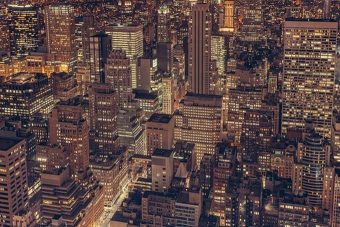 New York has yesterday unveiled major plans to divest the state’s public pension fund from “significant” fossil fuel investments as part of a plan to shift the investment of public money in action to tackle climate change.

The landmark move would ensure the New York State Common Retirement Fund (NYSCR) – which with $200bn in assets under management is the third largest in the US – would cease all new investment in significant fossil fuel-related activities.

Cuomo said he would set out more details in his 2018 State of the State address, but for the plan to take effect it will need the approval of state treasurer Tom DiNapoli.

Governor Cuomo also announced plans to work with DiNapoli to create an advisory committee of “financial, economic, scientific, business and workforce representatives”, who will create a decarbonisation roadmap detailing how the NYSCR’s funds could be used to accelerate climate action and support the clean tech economy.

Despite a major push for clean energy development in New York, the NYSCR is still heavily invested in fossil fuels, with holdings in more than 50 of the world’s most carbon intensive oil and gas companies. Investments include $1bn invested in oil giant Exxon Mobil alone.

“Moving the NYSCR away from fossil fuel investments will protect the retirement savings of New Yorkers,” Governor Cuomo said. “This proposal lays out a roadmap for New York’s $200bn Common Fund to take responsible steps to divest from its fossil fuel holdings, leading to a more secure retirement fund for countless New Yorkers while also helping to achieve the state’s clean energy goals.”

In a parallel move, the comptroller of New York City Andrew Stringer also yesterday announced plans to urge the trustees of the New York City pension fund to decarbonise the portfolios. Stringer said his proposal would include asking the trustees to consider stopping new investment in fossil fuels, divesting current holdings in fossil fuel companies, and boosting investment in clean energy.

“I will work with our trustees to review any and all proposals that will safeguard the pension funds,” Stringer said in a statement. “As Comptroller, I will continue in my fiduciary duty to protect the fiscal health of the City and the retirement security of our City workers and beneficiaries.”

Together the announcements cover investments worth $390bn, and round up a monumental fortnight for divestment campaigners.

Earlier this month the World Bank revealed ground-breaking plans to halt funding for upstream oil and gas projects from 2019, to bring its lending practices more closely in line with the goals of the Paris Agreement. On the same day, insurance giant AXA said it would quadruple its 2020 green investment target to €12bn ($14.3bn) by 2020 and increase its coal divestment fivefold to €2.4bn ($2.9bn), while Dutch bank ING said it would no longer finance clients in the energy sector that are more than five per cent reliant on coal fired power in their energy mix.

And finally, just yesterday the French Parliament passed new legislation banning all oil and gas exploration in the country by 2040, the first nation in the world to do so. French President Emmanuel Macron said he was “very proud” of the move.

The moves all underscore the growing reputational, financial and operational risks governments and investors are associating with fossil fuel assets, and the increasing attractiveness of an economic strategy founded on low-carbon technology.