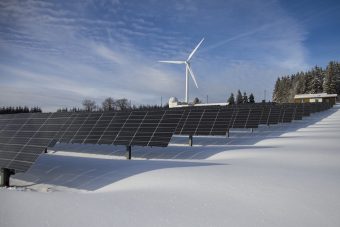 New York’s three state-owned ski resorts are pledging to generate 100 percent of their energy from renewable sources by the year 2030.

Gov. Andrew Cuomo says the commitment to transition Belleayre, Gore and Whiteface ski areas to 100 percent renewables is part of a broader state push to ramp up the use of clean energy, like wind and solar.

The Democratic governor has committed the state to generating half of its electricity from renewable sources by 2030. He says making the transition at the ski resorts will ensure they do their part to protect the environment and stay viable for generations to come.

His administration is proposing $28 million in upgrades to the three state-owned facilities in his state budget recommendation.