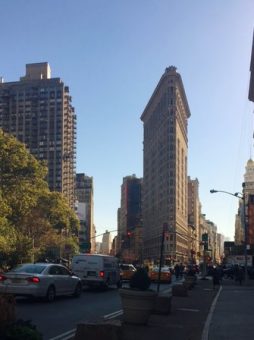 The Formula E series of electric car races will be headed to New York City towards the end of July 2017, putting on a pair of races along the Brooklyn waterfront.

The tentative dates for the two races are: July 29 and July 30, 2017. They will serve as the finale of the approaching Formula E season, which kicks off in Hong Kong next month.

Notably, the New York races are the only races amongst the upcoming series slated to take place in the US — though, this may change. Previously Formula E has held races in Miami and in Long Beach, California; as well as, of course, cities outside of the US (like Berlin, where CleanTechnica was also present for a race).

Green Car Reports provides more info: “The New York City race — or ‘ePrix’ as Formula E calls its events — will be held in the Red Hook neighborhood of Brooklyn. Like all Formula E races, it will use a temporary street circuit. In this case, the track will measure 1.21 miles with 13 turns. It will be located on the Brooklyn waterfront, affording views of the Manhattan skyline for added caché. Using temporary street circuits allows Formula E to hold races in urban centers for maximum exposure, something that isn’t possible with purpose-built racetracks, which tend to be located in rural areas.”

Interestingly, the Jaguar Panasonic Racing team seems to be particularly happy about the news, owing to the fact that “Jaguar North America’s headquarters is located relatively close to New York City in Mahwah, New Jersey, (and) the team considers the New York City ePrix its home race.”

Good news for electric car fans in New York City, and for racing fans in general.