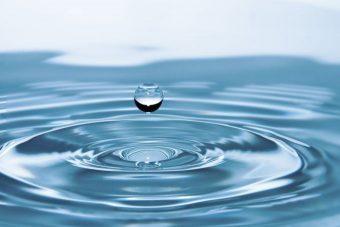 A new kind of solar panel is being tested in water scarce regions of Ecuador, Jordan, and Mexico where the device, called Source, pulls moisture from the atmosphere to provide clean drinking water. Developed by the Arizona-based startup Zero Mass Water, the setup uses solar energy to produce potable water for a family of four or an entire hospital, depending on how many panels are in use. Last year, the company raised $7 million to back a series of pilot programs to prove how simple and cost-effective access to clean water can be.

Founder and CEO Cody Friesen is also an associate professor at Arizona State University’s School for Engineering of Matter, Transport and Energy. Zero Mass Water is the second startup to stem from Friesen’s work at ASU, and it promises a reliable source of affordable drinking water without the need for additional infrastructure. Because the devices can be used alone or in groups, the solar-powered system can scale up or down to meet the water needs of as many or as few people as desired.

A single solar panel can produce enough clean water for a family of four, and it’s easy to use because the water flows from a faucet on the back side of the solar panel setup. Source works by passively absorbing moisture from the air using a special humectant material. The solar panel converts solar energy to electricity, which is used to power the process that drives the water back out of the collection material. The water is then evaporated to remove pollutants, leaving behind clean, safe drinking water.

Around the world, there are many places primed for this type of sustainable, standalone passive water source. ZMW plans to use Source to provide fresh water to Syrian refugees in Jordan and to Jordanian families, affecting 100,000 households by the end of 2017, with funding from the Clinton Foundation, Duke Energy International, and other investors. Although the pilot programs to date have been conducted in developing countries and areas where water supplies have been contaminated or disrupted by violent conflicts, Friesen sees no reason that residents of the United States couldn’t put Source to work for them as well, and effectively skirt problems with municipal lead contamination and the other threats that increasingly limit access to clean drinking water across the country.