A new analysis from independent financial think tank Carbon Tracker has concluded that it would be cheaper to build new solar PV and onshore wind capacity in Indonesia, Vietnam, and the Philippines by the end of the next decade rather than continue operating existing coal-fired power plants.

Carbon Tracker published three new country briefings on Monday outlining how meeting the climate goals set out in the Paris Agreement could affect the role of coal-fired power plants in Indonesia, Vietnam, and the Philippines. Specifically, according to Carbon Tracker, the slow advance of government policy, market liberalization, and renewable technology advances across the three countries could end up costing coal power plant owners up to $60 billion in stranded assets.

As a result, the cost of building solar PV and onshore wind will be cheaper than operating existing coal plants by some time late in the next decade, depending on the country and technology. 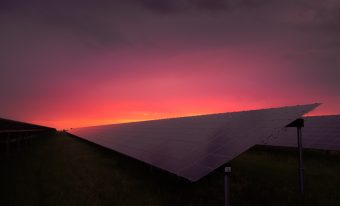 The countries of Southeast Asia have often been held up as countries in need of continued coal-fired power generation to support increasing economy and population growth. Between 2010 and 2017, coal generation increased by 72% in Vietnam, in excess of 50% in the Philippines, and 53% in Indonesia. Earlier this year, London-based financial services giant HSBC revealed that it would cease financing all new coal-fired power plants around the world with three exceptions — Bangladesh, Indonesia, and Vietnam.

For these countries, the logic was sound — follow in the footsteps of those countries which have come before; use fossil fuels as a means to provide cheap power while the economy and population grows and then look to transition in the future. However, due to the rapidly declining costs of renewable energy technologies such as solar and wind, both onshore and offshore, the average coal unit in these three countries is expected to be retired after only 15 years, rather than the more traditional 40 years that was common for countries which have come before.

As a result, the financial equation simply doesn’t add up any more, and with the declining costs of renewables, there is no need for these countries to bother with the traditional coal-fired power step.

According to Carbon Tracker’s Matt Gray, Vietnam has $40 billion worth of coal capacity currently under construction and in planning, the Philippines has $30 billion, and Indonesia boasts $50 billion.

“As consumers and tax-payers continue to demand the lowest cost options, this analysis exposes not only the viability of new investments in coal power but the long-term role of the existing fleet,” explained Matt Gray. “Thanks to the dramatic fall in the cost of renewable energy, phasing-out coal power by 2040 will likely prove to be the lowest cost option for these South East Asian nations. Policymakers should act now, to avoid stranded coal assets as the rapid pace of the energy transition becomes increasingly apparent to investors.”

As mentioned earlier, Carbon Tracker expects that the cost of building solar PV and onshore wind will be cheaper than operating existing coal plants by some time late in the next decade, depending on the country and technology. More specifically, then, Carbon Tracker expects it would be cheaper to build new solar PV than operate existing coal plants in Indonesia as early as 2028.

For the Philippines, Carbon Tracker expects that it will be cheaper to build new solar PV than operate existing coal-fired power plants by as early as 2029. 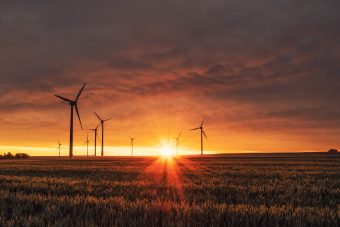 All of this highlights a need to shift business-as-usual policies for the governments of Indonesia, Vietnam, and the Philippines, and finance institutions supporting the development of these countries. As mentioned earlier, HSBC intends to keep open financing for new coal-fired power plants in both Indonesia and Vietnam (as well as Bangladesh). HSBC put in place its own boundaries on this policy — limiting how long it will allow these countries to remain exceptions to the rule, and ensuring that any support for new plants will be assessed on a case-by-case basis, and only where a carbon-intensity target is met and independent analysis discovered that there is no reasonable alternative in meeting the country’s energy needs.

“Vietnam, Indonesia and the Philippines have all signed the Paris Agreement which favours the decarbonisation of the power sector, which puts coal at odds with future climate regulation, further integration of renewables and the installation of costly pollution technologies to coal plants,” said Sebastian Ljungwaldh, an energy analyst with Carbon Tracker, when reached for comment. “Financiers of coal-fired power are increasingly turning away from coal on the grounds of climate and air pollution, but should be aware of these growing downside financial risks as coal plants struggle to generate enough revenue to recoup initial investments.”

“The regulatory and market setting is markedly different across the three countries in this study and requires one to look on an individual basis,” Ljungwaldh explained. “Indonesia, Vietnam and the Philippines all have long-term and ambitious renewable targets and this report highlights the closing gap between the cost of building new renewables and the cost of operating coal plants.

“Broadly speaking, reforms to the domestic electricity market, further regulatory incentives supporting the role of renewables and increasing the role of financial institutions to direct and/or facilitate private capital flows to renewable projects would speed this transition away from coal even sooner. In the case of Indonesia for example, further investment in its grid infrastructure would allow for the increasing role of renewables as would the provision of financial guarantees for the off-take of power, which is a cause of concern for IPPs currently.”