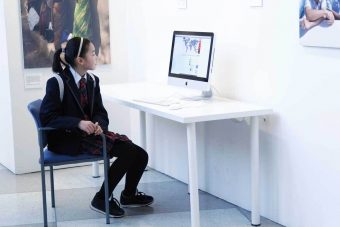 The United Kingdom, followed by  Australia and the Republic of Korea, lead the world in providing government services and information through the Internet, according to a new survey released on 1st August by the United Nations showing the progress of nations in promoting e-government.

The 2016 UN E-Government Survey provides new evidence that e-government has the potential to help support the implementation of the 2030 Agenda and its 17 sustainable development goals (SDGs).  The Survey finds that e-government is an effective tool for facilitating integrated policies and public service by promoting accountable and transparent institutions through open data and e-participation and participatory decision-making as well as by advancing online services to bridge the digital divides.

The rankings are based on the report’s E-Government Development Index (EGDI), which ranks countries by measuring their use of information and communications technologies to deliver public services. The Index captures three dimensions: scope and quality of online services, status of telecommunication infrastructure and existing human capacity.  A key theme is how information and communications technology (ICT) and e-government can best contribute to the implementation of the SDGs. Effective use of ICTs by governments can help people connect to the services they need, as well as to create a fair society that provides equal opportunities for everyone.

The Survey indicates that countries in all regions are increasingly utilizing new information and communication technologies to deliver services and engage people in decision-making processes. One of the most important new trends is the advancement of people-driven services – services that reflect people’s needs and are driven by them.

At the same time, disparities remain within and among countries. Lack of access to technology, poverty and inequality prevent people from fully taking advantage of the potential of ICTs and e-government for sustainable development. In 2016, there is still a huge gap between African countries, with a EGDI average of 0.2882, and European countries, with EGDI average of 0.7241. Europe provides 10 times more services to the poor, persons with disabilities and older persons than Africa and Oceania.

To realize the full potential impact of e-government for sustainable development,  the report found that it needs to be accompanied by measures to ensure access and availability of ICT and make public institutions more accountable and more responsive to people’s needs. It concluded that it is essential to ensure that the overarching objective of poverty eradication and “Leaving No One Behind”, a key principle of the 2030 Agenda, are at the core of efforts to mobilize ICT to realize the transformation the 2030 Agenda demands.

The UN E-Government Survey is produced every two years by the UN Department of Economic and Social Affairs. It is the only global report that assesses the e-government development status of the 193 UN Member States. It aims to serve as a tool for countries to learn from each other, identify areas of strength and challenges in e-government and shape their policies and strategies in this area. It is also aimed at facilitating discussions of intergovernmental bodies, including the United Nations General Assembly and the Economic and Social Council, on issues related to e-government and development and to the critical role of ICT in development.