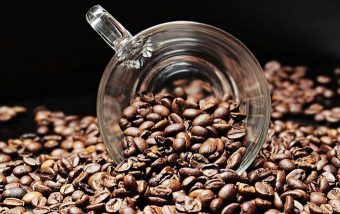 The coffee company Nespresso – part of the Swiss multinational Nestlé – is to trial a scheme to make it easier for consumers to recycle their used aluminium capsules in the UK, in the face of a growing environmental backlash against increasingly popular single-serve pods, many of which end up in landfill.

A six-month pilot, starting this week in the London borough of Kensington and Chelsea, will allow Nespresso Club members to recycle their used capsules through their council household recycling service, using special purple bags provided by the company. The borough’s 190,000 residents will only be able to put out capsules made by Nespresso.

Most other capsules on the market are not made of aluminium, usually consisting of mixed plastic and sometimes foil, which require different recycling processes. The dregs of leftover coffee remaining in the pod also make them difficult to process in standard municipal recycling plants. Nespresso has defended its use of aluminium, saying it helps keep the coffee fresh.

“We launched our own dedicated recycling services seven years ago,” said Francisco Nogueira, managing director of Nespresso UK and Ireland. “Every week we are seeing an increase in the volume of capsules being sent in by customers through our system. But we know there is still much to be done and recycling through the municipal system is something our members have asked for.”

The bags of aluminium capsules will be sent to Nespresso’s recycling facility in Congleton, while the waste coffee grounds will be extracted and turned into compost. Nespresso capsules are included in other national recycling schemes such as the Green Dot programme in Germany as well as in a number of other countries, including France and Canada. But in the German city of Hamburg, coffee capsules have been banned from state-run buildings as part of a drive to cut waste.

Nespresso introduced the first single-serve coffee machine in 1986, initially using only its own-brand pods. But after Nespresso’s patents began to expire in 2012, competitors started to offer capsules and machines compatible with the Nespresso system.

Nestlé would not say what proportion of its capsules are recycled, instead focusing on its recycling “capacity” – which it says is 100 per cent. Market research company Mintel estimated the UK coffee pods market to be worth £182m in 2016 in its most recent study, up from £158m in 2015, and forecast to reach £206m this year. According to their research, 29 per cent of Britons own a coffee pod machine.

The move was welcomed by Trewin Restorick, chief executive of environmental charity Hubbub, who said: “Nespresso pods are mainly aluminium and can be recycled whereas many of their competitors’ pods are mixed plastic which currently can’t be recycled. But using aluminium only makes sense from a resource point of view if the discarded aluminium is recycled, otherwise it is a very carbon intensive way for consumers to get their coffee. Nespresso needs to scale up the recycling process quickly.”

The company’s long-term ambition, a Nespresso spokeswoman said, was to enable more recycling of used capsules via council collection services.