Nearly 170 million children in the world under the age of 10, including half a million in the UK and 2.5 million in the US, are unprotected from measles in the face of growing outbreaks of the disease, Unicef is warning. 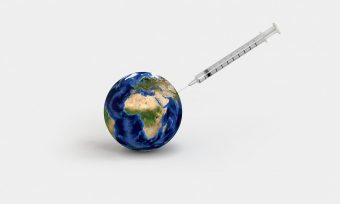 More than 21 million children a year are not vaccinated against one of the most infectious organisms in existence, says the UN body. Between 2010 and 2017, an estimated 169 million children missed the first of the recommended two-dose regime.

“The ground for the global measles outbreaks we are witnessing today was laid years ago,” said Henrietta Fore, Unicef executive director. “The measles virus will always find unvaccinated children. If we are serious about averting the spread of this dangerous but preventable disease, we need to vaccinate every child, in rich and poor countries alike.”

Simon Stevens, the chief executive of NHS England, warned the situation was serious. “Getting yourself and your children vaccinated against killer diseases is essential to staying healthy, and vaccine rejection is a serious and growing public health timebomb,” he said.

He called for Facebook and Twitter to take action against the posting of anti-vaccine propaganda and conspiracy theories. “With measles cases almost quadrupling in England in just one year, it is grossly irresponsible for anybody to spread scare stories about vaccines, and social media firms should have a zero-tolerance approach towards this dangerous content,” he said.

Measles cases are up 300% in the first three months of this year compared with the same period last year, says Unicef, with 110,000 confirmed reports. The same number died of the disease in 2017. Measles cases have reached their highest level in Europe for 20 years and caused an emergency to be declared in New York City.

Between one and three people in every 1,000 who catch measles will die, it is estimated, and there are serious complications in some who survive such as blindness, encephalitis (an infection that causes brain swelling) and pneumonia.

The US tops the list of high-income countries with the most children not receiving the first dose of the vaccine between 2010 and 2017, at more than 2.5 million. It is followed by France and the UK, with more than 600,000 and 500,000 unvaccinated infants, respectively, during the same period.

In low- and middle-income countries, the situation is critical, says Unicef. In 2017, for example, Nigeria had the highest number of children under the age of one who missed out on the first dose, at nearly 4 million. It was followed by India (2.9 million), Pakistan and Indonesia (1.2 million each), and Ethiopia (1.1 million).

Many countries have not introduced the second dose, which is given after the age of four. Twenty countries in sub-Saharan Africa do not have it in their immunisation schedule, which means that 17 million infants are at higher risk.

Dr Robin Nandy, Unicef’s chief of immunisation, said: “I’m extremely worried and everybody should be worried. I’d be very disappointed if we were not worried about it. We have had a vaccine for a number of decades now. It is inexpensive, efficacious, safe and widely available. Despite this we are seeing outbreaks all across the world.

“We know in many conflict-affected areas and remote rural areas and some urban slums there are kids being left out for whatever reason, but we are also seeing measles outbreaks in Europe, Japan and the United States and it is extremely disappointing. Measles vaccine is a silver bullet as far as public health is concerned.”

Country-wide vaccination rates can be deceptive, said Nandy. There needs to be 95% coverage to prevent outbreaks and some countries may manage 92%. But that means there will be pockets where vaccination rates are low. “There is a pool of susceptible kids concentrated in a particular location. As soon as the virus is introduced in that population, it spreads like wildfire and 90% of kids are going to get sick.”

Adam Finn, professor of paediatrics at the University of Bristol, said: “Having your child fully immunised against measles and other childhood infections should be as automatic and straightforward as teaching them how to feed themselves and sending them to school. It should be a no-brainer.

“Unicef is delivering a clear message to all of us in public service to get our act together. If we insist on playing the blame game, then we should be blaming ourselves, not parents and anti-vaxxers when things are not done right.

“It’s what we are paid to do and we have a joint responsibility to deliver. If we fail we are letting down the next generation just as negligently as by filling the seas with plastic and the atmosphere with greenhouse gases.”

Dr Mary Ramsay, head of immunisations at Public Health England, said: “These numbers highlight the importance of not only routine vaccination but also making sure anyone who missed a dose is caught up to minimise the risk of outbreaks. When you consider absolute numbers it highlights that even a tiny slip – one or two per cent different in vaccination uptake – could make a big difference.”