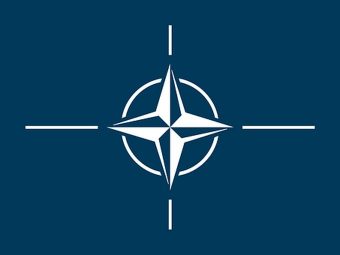 A series of draft reports released by NATO member politicians today warns of the growing threat from climate change to peace and security in the Middle East and Africa, and urges all nations to stick to their Paris Agreement commitments.

Climate change risks exacerbating food and water shortages in the region triggering more conflict and mass migration that would have “serious security implications for the wider world”, according to one of the draft reports, which is set to be discussed at NATO’s Parliamentary Assembly in Tbilisi, Georgia, on 27 May.

Competition for resources is already widely blamed for increasing tension in the Middle East and North Africa, and the report argues a combination of war, poor governance, demographics, and climate change is making the situation worse.

In the report, Osman Askin Bak of the Turkish parliament writes that the “long term prospects for food and water security in the MENA [Middle East and North Africa] region are dire”.

“The region is home to five per cent of the global population, but has access to just one per cent of the world’s renewable water supply,” he writes. “Climate change will worsen the region’s outlook.”

In addition, a second draft NATO report that is set to go before the meeting later this month also urges global governments to stick to their commitments under the 2015 Paris Agreement on climate change, particularly on pledges related to climate financing for developing countries.

It calls for increased development support on water and food security, including measures to stabilise availability and prices for imported food.

The report, which focuses on the economic costs of climate change, warns such action is necessary as the potential for conflict between regions affected by climate change “should not be ruled out”.

The warnings come as the world awaits President Trump’s decision on whether to pull the US out of the Paris Agreement. However, whether or not Trump heeds NATO’s advice remains to be seen, with the former businessman having previously called the Alliance “obsolete” – although he has since rowed back on the comments.

The author of the second report, Icelandic politician Lilja Alfredsdottir, said the refugee crisis and political instability in the Middle East was already posing serious problems for Europe, but it could be a “harbinger of things to come”.

“The huge economic and social costs linked to mass movements on this scale are self-evident,” he writes. “It is distinctly possible that global climate challenges could trigger mass movement particularly in regions which no longer have the water and agricultural resources needed to support life.”

The NATO Parliamentary Assembly brings together 250 senior members of parliament from Alliance nations, and reports debated at the meeting are expected to lead to the Assembly adopting concrete recommendations for NATO governments later this year.