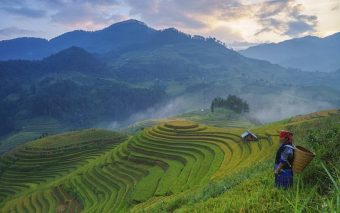 Mountains host about half of the global biodiversity hotspots and are home to a growing number of the world’s hungriest people, according to a new study launched by the Food and Agriculture Organization of the United Nations (FAO) and partners to mark International Mountain Day 2020.

The study conducted by FAO, the Mountain Partnership Secretariat (MPS) and the United Nations Convention to Combat Desertification (UNCCD), shows that the number of mountain people vulnerable to food insecurity in developing countries increased from 243 to almost 350 million between 2000 and 2017.

The joint study, “Vulnerability of mountain peoples to food insecurity: updated data and analysis of drivers”, was released today ahead of a virtual event to be hosted by FAO entitled “Mountain Biodiversity Matters”.

This year’s International Mountain Day highlights the social, economic and ecological value of mountain biodiversity as mountains account for 30 percent of the key biodiversity areas on the planet.

Mountains provide between 60 and 80 percent of the world’s freshwater, which is essential for irrigation, industry, food and energy production and domestic consumption. Many of the world’s most important crops and livestock species also originate in mountain regions and are a source for food and medicine.

Yet the joint study found that mountain ecosystems are becoming increasingly fragile, under pressure from changes to land use and climate, overexploitation, pollution, demographic shifts and other factors which threaten livelihoods and food security.

“The vulnerability to food insecurity of the mountain people in the developing world is compounded by the presence and occurrence of natural hazards and armed conflicts that disrupt livelihoods or put strain on the natural resources on which mountain people depend,” the study concluded.

It also noted that environmental degradation affects mountain people disproportionately. Climate change has increased the degradation of mountain ecosystems and the incidence of natural hazards such as landslides and droughts.  Around 275 million rural people vulnerable to food insecurity were estimated to live in mountain areas that have already been affected by natural hazards.

The COVID-19 pandemic has added urgency to an already difficult situation as restrictions imposed by various countries have amplified the vulnerabilities of mountain communities that depend on agriculture and tourism for their survival. 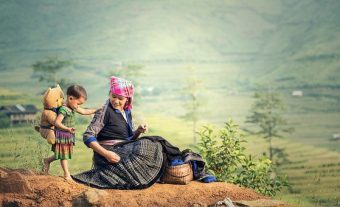 “One in every two rural mountain people in developing countries do not have enough food to live a healthy life and they are now dealing with the impact of the COVID-19 pandemic. We must protect our mountains and the livelihoods of those who depend on them,” said FAO Deputy Director-General Maria Helena Semedo, commenting on the study’s findings.

The joint study recommended urgent action to address climate change and remove food insecurity and malnutrition in mountain areas. It called for policies to improve the resilience of mountain ecosystems and promote sustainable food systems that support innovation, research and community involvement.

“Ultimately, the goal of this study is to call on decision-makers and others stakeholders to strengthen cooperative action to reduce the vulnerability of mountain people, in particular local communities and indigenous people, and of the most vulnerable among them, often women and children,” the study said.

The Mountain Partnership, a voluntary United Nations alliance that includes 400 governments, NGOs and other members, works for livelihood improvement and natural resource management in mountain communities.

This year’s virtual event will feature a high-level segment, a session on collaborative actions and programmes, and a roundtable session featuring the Mountain Partnership Goodwill Ambassadors.