The “most realistic” plant-based steak to date has been revealed, mimicking the texture and appearance of a real cut of meat. 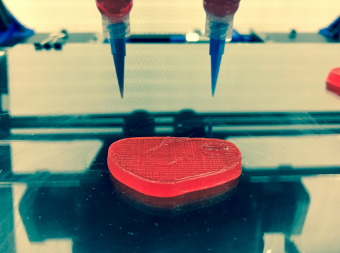 The fake steak’s ingredients include pea, seaweed and beetroot juice, which are extruded into fine fibres to recreate muscle tissue. Its producer, the Spanish company Novameat, says the steak will be available in some restaurants in Spain and Italy this year before scaling up in 2021.

The enormous impact of cattle and other livestock on the environment has led a swathe of companies to create plant-based alternatives to meat, with the Beyond Meat burger and Greggs sausage roll among the vegan successes. But recreating the texture of whole cuts of meat is far more challenging than ground meat.

“I started with steak I think because it is the holy grail of plant-based meat,” said Giuseppe Scionti, founder of Novameat. “It is the most difficult.” The company unveiled a 3D-printed steak in 2018, but the new steak has both the firm, fibrous texture and meaty appearance of a real steak, he said, making it the “most realistic” to date.

The company is still experimenting with the taste, but Scionti said the company’ can use the ingredients already used to create convincing beefy burgers from plants. He expects a final formulation in the next few months.

The key to the new steak is patented micro-extrusion technology that produces fibres between 100 and 500 microns in diameter. This allows the complex structure of real meat to be replicated, with muscle fibres and fat entwined. Existing extrusion technology produces much larger fibres.

The 50g steak produced cost $1.50 (£1.15) to make, similar in price to current supermarket steak in the UK. But Scionti said the cost will drop when the process is scaled up. The company plans to commission a pilot plant in 2021 which can produce 50kg of steak per hour. But to reach a mass market, the company plans to licence its technology to existing food manufacturers who can develop their own recipes.

Novameat is not alone in developing plant-based steaks, with Israel-based Redefine Meat being a leading competitor. Unlike Novameat’s product, the Israeli company’s meat has been publicly tasted, receiving positive feedback, but the firm has not yet revealed a textured steak.

Others include Atlast Food, which is using a fungus fibres to create textures similar to meat, and Emergy Foods. Another Israeli company, Aleph Farms, has produced a steak from real beef cells cultured in a laboratory, which, the firm says, will have a much lower environmental footprint than real meat.

There is definitely a role for technology that can structure both plant-based and lab-grown meat into more complex products, said Rosie Wardle, at the Jeremy Coller foundation and advisor for CPT Capital, which has invested in Redfine Meat. “I’ve eaten early versions of the Redefine products and they were truly delicious,” she said. 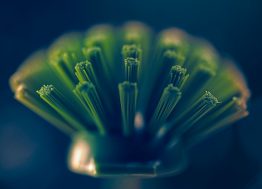 RB Partners With Veolia to Drive a Circular Plastics