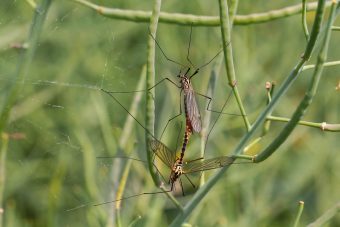 Climate change means the entire planet could be at risk from mosquito-borne tropical diseases by the end of the century.

That’s according to a new study from PLOS Neglected Tropical Diseases, which suggests the regions in which mosquitoes carrying harmful viruses such as dengue, chikungunya, Zika and yellow fever can survive will spread northwards and southwards, away from the equator.

The researchers say warmer temperatures are a critical factor in mosquito and virus survival and therefore the transmission of the diseases they carry.

Currently, more than six billion people live in tropical and temperate areas that are suitable for disease transmission for at least one month out of the year.

The report predicts by 2050, disease-carrying mosquitoes could be present throughout Eurasia and North America, where a billion additional people would be at risk – scientists warn this could be particularly dangerous because the people living there won’t have any built-up immunity to the illnesses.

They say even if global fossil fuel emissions decrease in line with the most optimistic scenarios, by 2080 the at-risk area will still spread to affect around 455 million people.

Colin Carlson, Global Change Biologist from Georgetown University, said: “Part of the punchline with climate change is that there’s no way to keep diseases in one place.