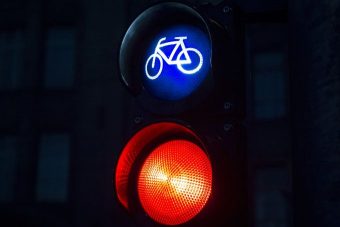 The Russian news agency, TASS, quoted Vadim Yuryev, the head of the Russian Center for Traffic Organization, saying, “Traffic lights of the new system have two independent sources of energy: a wind generator and a solar battery.”

He went on to say, “Traffic lights using alternative energy sources would be a wonderful solution in traffic organization in new, distanced districts of Moscow, where it is problematic to quickly connect the facilities to the city energy supplies.”

According to UPI, the change was implemented just one week after the Russian Center for Energy Efficiency claimed the total reduction in the country’s greenhouse gas emissions since 1990 is the equivalent of slowing down the impacts of climate change for an entire year.