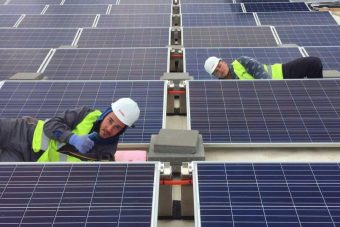 Hundreds of local councils across the country have no official strategy for solar deployment and do not plan to add any new solar power to their portfolio in the next five years, a series of Freedom of Information (FOI) requests has revealed.

Data obtained from 332 local authorities by LG Electronics reveals 71 per cent of councils have no strategy or plan for future solar investment, including no target for future deployment. Meanwhile, 70 per cent of respondents said they had no plans to deploy solar in the next five years.

Many councils blamed changes to government subsidy schemes, with 47 per cent citing cuts in financial support as the main barrier to investment in solar energy. Lack of capital to provide up front investment was also cited as a barrier by 23 per cent of respondents, while a lack of internal stakeholder buy-in was highlighted by six per cent.

Data released last month by the Department of Business, Energy and Industrial Strategy (BEIS) confirmed the slowdown in the pace of solar deployment since the closure of the Renewables Obligation scheme and changes to the Feed-in Tariff subsidy scheme came into effect last February. In 2015 hundreds of megawatts of new solar capacity were being added every month, but provisional BEIS estimates for December 2016 suggest just 10MW of new capacity was deployed.

However, Bob Mills, senior sales manager for LG Electronics, insisted solar still could deliver a 14 per cent commerical return, making it a “no-brainer” for public sector decision-makers. “Local solar projects have been remarkably successful – saving money and benefitting the wider community,” he said in a statement.

A number of councils have pressed ahead with solar investments despite the subsidy cuts, with many authorities pioneering new finance models to fund deployment.

However, Mills warned that without a change to government policy councils would continue to spend the bulk of public money on more traditional – and polluting – energy projects.

BEIS was considering a response at the time of going to press.