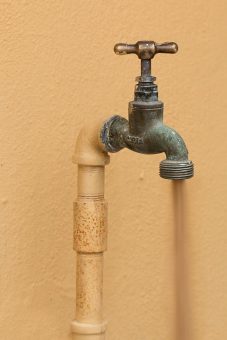 The report, which analyzed data from the Environmental Protection Agency, found that more than 18 million Americans are served by 5,363 water systems that in 2015 violated the federal rules governing lead testing. The violations included failures to properly monitor for lead, treat water to reduce corrosion in pipes or report testing results to the public or to regulators.

And the report found that despite more than 8,000 documented violations of the EPA’s “Lead and Copper Rule,” the agency took a formal enforcement action in only 908 cases. “In almost 90 percent of cases, neither the states nor the EPA takes any formal enforcement action,” said co-author Erik Olson, who directs the advocacy group’s health programs.

According to the NRDC, about 1,000 systems serving nearly 4 million people reported exceeding the EPA’s “action level” of 15 parts per billion of lead in their drinking water between 2013 and 2015. That’s a significant total but far fewer than the number with monitoring or reporting violations.

In addition, 214 water systems failed last year to meet requirements to properly treat water with anti-corrosion chemicals that can reduce the threat of lead leaching into aging pipes and threatening health.

People both in and outside of the federal government have documented the under-reporting in the EPA’s drinking water database. The agency — burdened by budget woes, competing priorities and constant pressure from critics who want to strip it of regulatory authority – has acknowledged that its data about violations is incomplete. That’s partly because states, which have primary responsibility for enforcing lead-testing rules, often fail to report known violations to federal regulators, as required by law.

In a 2003 inquiry, launched after high lead levels were discovered in thousands of homes in Washington, the Government Accountability Office found that the EPA lacked recent test results for nearly a third of the nation’s largest water systems and lacked information about adherence to the regulations for more than 70 percent of community water systems. States simply were not reporting the information.

“EPA has been slow to take action on these data problems and, as a result, lacks the information it needs to evaluate how effectively the lead rule is being implemented and enforced nationwide,” the GAO report said.

“The states are supposed to be the first line of defense, and clearly they are falling down on the job,” Olson said. “But it’s EPA’s job to oversee them, and if they’re not doing their job, the EPA should be stepping in. And they are just not doing that.”

Regulatory gaps also have allowed utilities to use questionable techniques such as “pre-flushing” taps or removing aerators from faucets to temporarily lower lead levels and avoid violating federal standards.

There is broad agreement that major changes are overdue for the EPA’s Lead and Copper Rule, which governs about 68,000 public water systems around the country. EPA Administrator Gina McCarthy has said the regulation “clearly needs to be strengthened,” and the agency has vowed to overhaul the current rule in 2017. Yet it remains unclear what enforcement changes the EPA will propose.

The latest report advocates for speeding investments in the country’s water infrastructure to remove the millions of lead service lines that remain underground — a goal that will be difficult, costly and undoubtedly contentious.

“The bottom line is that lead is found in drinking water in cities often affecting vulnerable lower-income communities of color,” NRDC President Rhea Suh said in announcing the findings of Tuesday’s analysis. “Unsafe drinking water is a national problem that needs a national solution.”