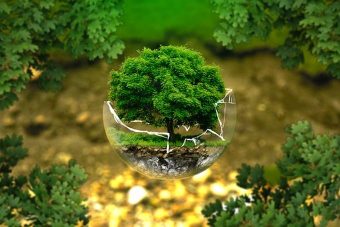 More than 300 companies worldwide have now committed to setting ambitious Science Based Targets to reduce emissions, with more than 90 new companies joining this year alone, which also now includes 50 US businesses.

The Science Based Targets initiative is aimed at defining and promoting best practice in science-based target setting for companies and is a partnership between CDP, WRI, WWF, and the UN Global Compact. Just over a year ago, the number of companies committed to Science Based Targets was 155, showing just how far and quickly the initiative has grown and the growing importance of competitive and sensible renewable energy and carbon emissions targets among corporations worldwide.

“As more and more companies see the advantages of setting science-based targets, the transition towards a low-carbon economy is becoming a reality,” explained Lila Karbassi, Chief, Programmes, UN Global Compact. “Businesses now working towards ambitious targets are seeing benefits like increased innovation, cost savings, improved investor confidence and reduced regulatory uncertainty. This is becoming the new ‘normal’ in the business world, proving that a low-carbon economy is not only vital for consumers and the planet, but also for future-proofing growth.”

Companies that have signed up to the Science Based Targets initiative currently represented an estimated $6.5 trillion in market value — that’s roughly the equivalent of the NASDAQ stock exchange — and are responsible for 750 million metric tonnes of CO2 emissions per year, which is comparable to 158 million cars being driven for a year. Spanning 35 countries and representing a wide array of industry including manufacturing, power, retail, consumer goods, technology, chemicals, apparel, hospitality, and banking, the 300+ companies are leading the way towards a cleaner future.

Already a total of 72 science-based targets have been approved by the Science Based Targets initiative, including 41 this year. Targets are not rubber-stamped, but are the result of back-and-forth between the initiative and companies, in an effort to provide the best support and result in the most effective targets possible. Companies that have recently received approval on their science-based targets include Adobe, Colgate-Palmolive, CVS Health, Eneco, Givaudan, HP Inc., Kering, Kirin Holdings, Marks & Spencer, Mars, Nestlé, and Tesco.

“By joining the Science Based Targets initiative, these companies are positioning themselves as leaders in the apparel sector,” said Cynthia Cummis, WRI’s Director of Private Sector Climate Mitigation. “The fashion industry is known for innovation and these companies are using that spirit to tackle climate change. For apparel brands, up to 90 percent of emissions come from the value chain, and companies share many of the same suppliers, so setting ambitious value chain targets will open up a great deal of opportunity for collaboration, innovation and efficiency across the industry.”

Beyond the new crop of apparel companies making science-based targets a bunch of other new companies have recently joined up, including names such as Cummins, Epsom, Mahindra Sanyo, Merck, CVS Health, Olam, Telefónica, Veolia Environnement, Wyndham Worldwide Corporation, and more.

“Addressing issues like climate change and the transition to a sustainable, low-carbon future takes collaboration across our supply chain and with our industry peers,” said Eileen Howard Boone, Senior Vice President of Corporate Social Responsibility and Philanthropy, CVS Health. “Our commitment to developing science-based emissions reduction targets demonstrates our ongoing responsible growth strategy and the measurable actions we are taking to reduce our environmental impacts.”

Among the 300 companies signing up to the Science Based Targets initiative are 50 US companies — more than any other country, and representative of the complete lack of interest corporate America has in following Donald Trump’s lead with regards to the environment. US companies signing up to the initiative represent a total of $2 trillion in market value and are responsible for 166 million metric tonnes of CO2 per year.

Mars, one of the world’s most popular confectionery companies, last week had its target approved by the initiative.

“Mars is very pleased to have our Sustainable in a Generation Plan targets approved by the Science Based Targets initiative, which we believe sets a new standard for responsible business growth,” said Kevin Rabinovitch, Global Sustainability Director, Mars. “We are using science to set long-term absolute greenhouse gas targets covering our entire value chain and look forward to others joining us.”