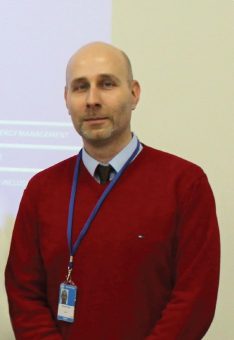 The United Nations Development Program (UNDP) is helping the transition of the Republic of Serbia through the achievement of the Sustainable Development Goals (SDGs), which define priority areas of development in the world until 2030. Through a series of projects and programs, implemented in cooperation with government institutions, local self-governments, private and civil sector, UNDP has been actively advocating for the establishment and development of urban mobility in cities throughout our country for more than a decade. We tried to find out from Miroslav Tadić, the Portfolio Manager of UNDP in Serbia, why the establishment of sustainable transport is of utmost importance and what the possible ways of operation are.

EP: To what extent is the establishment of sustainable transport important for adapting to climate change and mitigating effects? How much can the development of eco-mobility contribute to reducing CO2 and other GHG emissions?

Miroslav Tadić: At the meetings of the UN Framework Convention on Climate Change, it was concluded that urban areas alone represent the largest additional potential for the reduction of GHG emissions, especially in relation to the tendency to keep the rise in the average global temperature below 2°C by the end of the century. This is primarily important in relation to the obligations that the countries take by signing and ratifying the Paris Agreement. It is of great importance to note that the Republic of Serbia ratified this international agreement in 2017.

The significant role of cities in combating climate change is also emphasized in the Global Emissions Gap Report prepared by the United Nations Environment Programme. Consequently, traffic becomes more important, not only as a problem but as a potential to reduce emissions. At EU level, it is estimated that traffic contributes to a quarter of total GHG emissions and is certainly the leading air pollutant in the urban area. In response to this challenge, the EU has strategically planned to significantly reduce GHG emissions from the transport sector and to focus on the path of low-carbon mobility. This implies a strategic commitment to reducing the emissions from the transport sector by 60% compared with 1990 levels, by 2050. The Republic of Serbia, as a candidate country for EU membership, must certainly follow not only the global but especially the EU trends. The motive for reducing the emissions from the transport sector should be much higher and we should primarily take care of the health of people and the quality of the environment of urban areas. 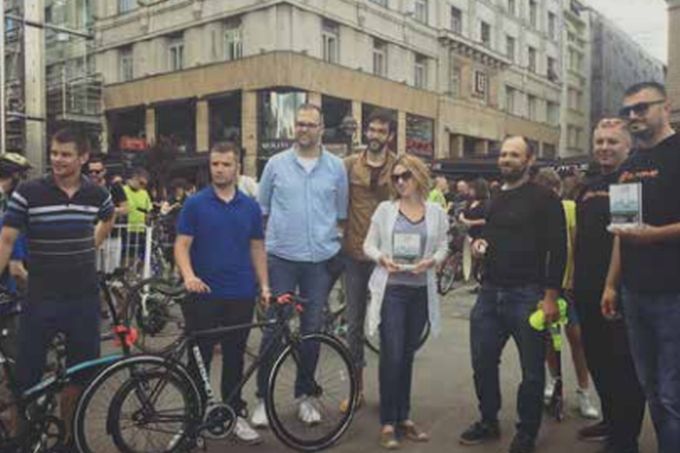 Photo: Just not by car

EP: Does the use of electric cars make sense if the fossil fuel energy is still used to charge batteries?

Miroslav Tadić: In principle, the effect is certainly lower and only temporarily postpones the inevitable consequences in terms of increasing GHG emissions. It would be ideal to increase the share of renewable sources in primary energy production parallelly with the introduction of electric cars. Serbia has an ambitious goal of reaching 27 percent of energy from renewable sources by 2020. This, in combination with the existing number of electric vehicles in Serbia (which is very small), is certainly not sufficient to significantly demonstrate the effect of reducing GHG emissions from the transport sector. The current situation in the field of introducing electric cars has a higher educational than practical significance, which can again be considered a progressive measure. A more important current measure is to improve the quality of the fleet by switching to more efficient low-emission engines.

EP: Do you rely on the massive use of electric vehicles in our country in the process of establishing sustainable transport in the future, or do you see a greater potential in more affordable sustainable means of transport such as bicycles?

Miroslav Tadić: Considering the demanding infrastructure that needs to be established for the purpose of more efficient and massive introduction of electric cars on the market of the Republic of Serbia, the greatest current potential is in the development of cycling. This means that bicycles are seen as alternative means of transport, and not only as a recreation activity. An increasing number of new bicycle paths speaks in favor of that. Likewise, bike trails are set up in new and reconstructed streets, which is another encouraging piece of information. The Belgrade City Hall has recently hosted a conference of European countries, bicycle partners, with the support of the Ministry of Environment, the Ministry of Health, the Ministry of Youth and Sports, Provincial Government of Vojvodina, the City of Belgrade, private and non-governmental sector. At the meeting, it was emphasized that the preparation of logistics for the development of the Cycling Strategy, as well as the National Action Plan for Transport, Environment, and Health, is in progress. In addition, Belgrade, as the largest urban entity, has prepared a Study on the safety of cyclists in traffic. These pieces of information, as well as a large number of active cycling associations, point to the fact that cycling is really an important lever in sustainable traffic, both at national and local level. 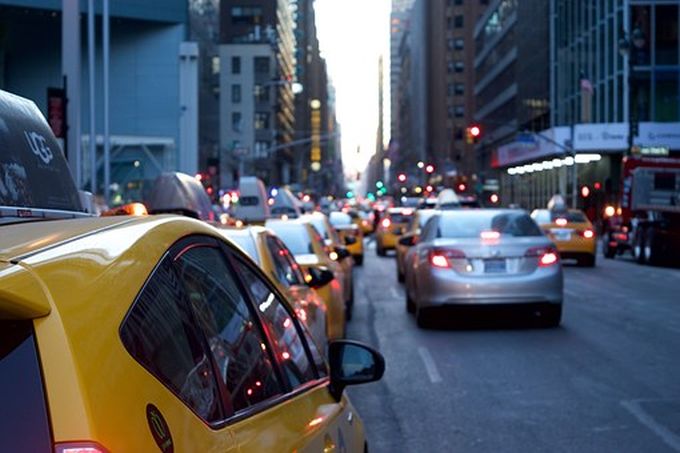 Most of major cities in the world face transport problems, starting from an increase in traffic jams and an increased number of traffic accidents to constant noise pollution and high levels of emissions of harmful gases, including greenhouse gas emissions. Tra c currently accounts for 30% of total energy consumption in the EU. Half of the total fuel used in road traffic burns in cities. About 98 percent of the energy market related to the traffic depends on oil, most of which (75 percent) refers to road transport. Based on these data, it is evident that traffic significantly contributes to climate change and is at the same time a significant factor in the fight against climate change. The development of sustainable forms of transport is a direct contribution to the reduction of GHG emissions in urban areas where the intensity of traffic is the highest.

EP: Several years ago, the project “Support to Sustainable Transport in the City of Belgrade“ was implemented by UNDP in cooperation with the Ministry of Energy and was funded by the Global Environment Facility (GEF). Can you briefly comment the results of the implementation of this project?

Miroslav Tadić: The Project was a pioneering effort to introduce the concept of sustainable urban mobility planning. In this regard, the first Sustainable Urban Mobility Plan for the city of Belgrade was prepared, a series of awareness-raising campaigns on the importance of sustainable means of transport, especially cycling, were conducted, safe roads to schools for the youngest fellow citizens were established and horizontal and vertical signalization was set in the vicinity of several schools in the centre of Belgrade. Also, bicycle paths to Avala and Bojčinska Forest. Based on the results of this project, Belgrade continued to promote cycling, mark bicycle trails, mark slow traffic areas near schools, etc. Also, during this project, a campaign “Let’s Cycle in Belgrade“, was launched, whose effect is primarily visible in the area of greater commitment of decision-makers in promoting alternative forms of urban mobility. One of the important segments of the project was the training of public transport drivers for the so-called “Eco-driving“ – this type of training has proven to bring significant savings in fuel and resources in public city transport budgets.

Likewise, the project has also produced a Guide to Sustainable Urban Mobility as an ancillary plan for all local governments that want to implement similar measures and activities on their territory. All in all, the project was an excellent introduction and support for further activities that Belgrade is implementing in terms of reducing the negative effects of traffic on the environment, health, and safety of people.

In May this year, UNDP was one of the organizers of the action “Just not by Car“. This type of activity is very important also from the aspect of corporate social responsibility in the Republic of Serbia. The aim of this campaign was to encourage employers to motivate employees to use of alternative forms of transport. Of course, this action is also an opportunity for every individual to easily respond to the climate change challenges, simply by using bicycles or hiking on their way to and from the workplace. By popularizing such activities, their effect on the sustainable development of transport will be increased, the emissions of harmful gases will be reduced, and the quality of life of the citizens will be improved.

EP: Recently, the start of the Climate Smart Urban Development project was marked by an introductory workshop 84 where you announced a challenging program that should include the local community. Can the development of the road infrastructure for the sustainable transport in our country be considered challenging?