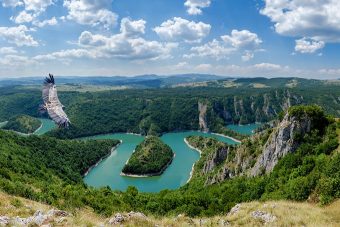 EP: What are the main hydro potentials of Nova Varoš municipality?

Milinko Šaponjić: The main hydro potential of the municipality are three hydro power plants located on the rivers Uvac and Lim, the impoundment hydro power plant ‘Bistrica’ but also the small ones.

EP: How many SHPP are in the possession of Nova Varoš municipality?

EP: Spatial Plan of Nova Varoš municipality envisages the construction of 20 small hydro power plants. How far did you come with the implementation of these projects?

Milinko Šaponjić: Our municipality is competent for issuing permits for construction of 6 SHPP, while the Ministry of Construction, Transport and Infrastructure of the republic of Serbia is competent for the other 14, due to the fact that they are within the limits of the Spatial Plan for the special purpose areas of the Uvac Special Nature Reserve. So far, building permits for four small hydro power plants have been issued that are under the jurisdiction of Nova Varoš municipality.

EP: There is a plan for the construction of HPP ‘Bistrica 2’. At what stage is the implementation of the project?

Milinko Šaponjić: There are still no requests for issuing the necessary permits for the implementation of this project. In the local energy plan the construction of this project has been defined as one of the priority projects of the municipality and the corresponding Ministry. There is a huge interest of investors, and at the moment we are negotiating on developing of the Feasibility Study with Preliminary Design and Environmental Impact Assessment on the environment. It is expected that HPP ‘Bistrica 2’ will have the installed power of 680MW, while the investment value is 600 million euros.

In addition to hydro potential, biomass represents huge energy potential of Nova Varoš municipality. Thus the municipality developed the Study ‘The Potential and Possibilities of Using Biomass for Energy Production and Economic Development of Nova Varoš, Priboj and Prijepolje’ in 2009. This study showed that the wood biomass energy potential of Nova Varoš is higher compared to the heavy fuel oil energy for 4.95 million kWh. This means that the available quantities can fully meet the users’ need for energy, but also that they can enable the expansion of existing capacity and the network of users or running cogeneration plants for the production of electricity and heat which will use biomass as an energy source.

This text was originally published in the Energy Portal bulletin “Renewable Energy “, which was released on June 1, 2016. 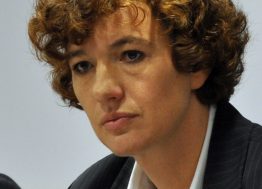 Strengthen the Capacities for the Use of Bioenergy in