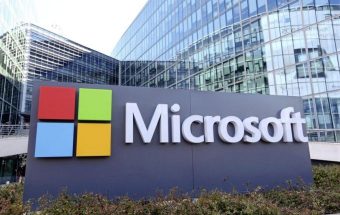 Microsoft has signed its first renewables deal in Asia, inking an agreement with Singaporean solar firm Sunseap to buy all the electricity from a new 60MW rooftop solar project.

The deal, announced yesterday, gives the green light for a project which will span hundreds of rooftops across Singapore and become the largest rooftop solar project in the country once it is fully up and running later this year.

Microsoft will buy all of the power from the array to power its Singapore data operations for the next 20 years. It said it is on track to exceed its goal of powering half of its global datacentre energy load with clean energy this year.

“Our cloud services are helping to power Singapore’s digital transformation, and today’s agreement will ensure that transformation is increasingly powered by clean energy,” said Kevin Wo, managing director of Microsoft Singapore, said in a statement. “We’re proud to work with Sunseap, the leading solar provider in Singapore, to support the growth of the local clean energy economy.

“With the agreement, Microsoft will improve the sustainability of our local operations and make important progress toward our corporate sustainability goals for datacenters.”

The announcement is the third green energy deal made by Microsoft in the last 12 months, following wind energy deals in Ireland and the Netherlands late last year.

In September Microsoft promised to cut greenhouse gas emissions by three quarters by 2030 against a 2013 baseline, a target it said is in line with the 2C temperature goal set out in the Paris Agreement.